The Approval of the First Generic EpiPen

On August 16, 2018, the US Food and Drug Administration officially announced its approval of Teva Pharmaceuticals’s new generic version of the EpiPen. EpiPens are a brand of epinephrine auto-injectors used to treat severe allergic reactions like anaphylaxis, and currently, there are very few brands in the market. The EpiPen, made by Mylan Pharmaceuticals, is by far the most well-known and most popular brand, so much so that Mylan has a near monopoly on epinephrine injectors. This has caused many problems for consumers, including high costs and shortages.

Some people have suggested selling generic versions, also known as unbranded copies, of epinephrine injectors to combat the problems surrounding the EpiPen, and Teva has succeeded in producing a generic product that is ready to be released on the market.

The FDA approval of the first generic epinephrine auto-injector will eventually help people get the treatment they need for their severe allergic reactions, as the release of the new generic product will increase the supply of injectors in the market and give poorer people a cheaper alternative to EpiPens and their branded equivalents.

In recent years, Mylan has become controversial in the pharmaceutical world by raising the price of EpiPens up by 400%. Such price hikes were permitted because Mylan is the dominating producer and supplier of epinephrine auto-injectors, allowing them to be almost unrestricted in their manipulation of prices at the expense of the consumers. In this way, Mylan acts as a textbook monopoly.

One contributing factor to this monopoly is that epinephrine auto-injectors are hard to manufacture, as companies need to produce the drug and a complex injection mechanism.

Additionally, competitors to Mylan have frequently faced issues with producing and marketing their products. Sanofi US, creators of the Auvi-Q, had to recall their product in 2015, citing inaccurate dosages. Although the Auvi-Q is back on the market, concerns over safety have made their product a less valuable alternative to the EpiPen for now.

Mylan has actively responded to criticism over its pricing and production by starting initiatives to make EpiPens more accessible. However, many consumers are still struggling with obtaining EpiPens. Because Mylan is one of the only sellers of epinephrine auto-injectors, shortages within their supply may deprive many consumers of their medication. In fact, EpiPens are frequently in a shortage, especially in the summer when school is starting.

The problems with pricing and shortages can be reduced with the release of Teva’s new generic version of the EpiPen. More medication would become available to consumers, and the medication would be sold at cheaper prices because of the lack of branding and marketing costs.

The Basics of Big Pharma

Although Mylan recognizes the negative effects of their prices and has made attempts to make their product more accessible, many other companies in the pharmaceutical industry have come under fire for scandals and dubious business practices, which pose concerns for consumers.

One notable instance of a scandal within the pharmaceutical industry was when Martin Shkreli, former CEO of Turing Pharmaceuticals and notable for raising the price of the anti-parasitic, Daraprim, up by more than 5000%, was convicted of multiple counts of fraud. The fraud had nothing to do with the price hike, but his case drew attention to the unreliability of large pharmaceutical companies and the common price hikes on medication.

However, generic medication can combat big pharmaceutical companies’ decisions. For one, generic drugs are deliberately meant to be cheaper than their branded versions to attract consumers who can’t afford the original medication. This factor allows smaller companies to be less prone to manipulating prices to turn more of a profit, unlike more dominant companies. Companies who willingly develop generic products are obligated to help poorer consumers. Logically, raising prices on their generics will alienate their target audience.

How Generic Brands Are Effective Alternatives

Even though generic medication is a good, reliable alternative to expensive branded medication, many people are hesitant towards using generics. Many tend to be concerned about the quality, effectiveness, and safety of generics.

However, generics have been proven to be just as effective and as trustworthy as name brands. The FDA itself asserts that generic medication works in the same way as their branded counterparts. The FDA has rigorous guidelines for approving medication, proven by how it was newsworthy when Teva’s epinephrine auto-injector was approved for market release.

Some consumers also believe that generics are cheaper because they are less reliable. According to the FDA, generic drugs are cheaper because they use the same drug as branded counterparts, meaning companies don’t have to pay for scientific studies that verify the actual drug’s effectiveness and safety. Generic companies also spend less on marketing, lowering the price they need to set in order to turn a profit.

As mentioned earlier, consumers often have a hard time getting medication because of problems like low supply and high costs. This is exemplified in the case of Mylan and the EpiPen.

Companies like Teva have made steps towards alleviating these issues by making generic products. Generic products are a good alternative to branded medication for consumers who are looking to save money. More pharmaceutical companies should think about manufacturing generics as they are generally fairly inexpensive to produce and will attract people who need less costly medication. People are becoming more aware and enraged about price hikes and glaring issues present in large pharmaceutical companies, so there is a good chance that the generic medication industry could grow in the near future.

Additionally, people should be made aware of the concept of Big Pharma, specifically the unregulated way companies can manipulate prices of medication. More awareness about this issue means more people will be able to campaign against it.

People should also spread the word about the reliability of generic drugs, so more people can be introduced to ways they can purchase the medication they need while worrying less about their budget.

Disclaimer: The views and opinions expressed in this article are those of the author and/or student and do not necessarily reflect the official policy or position of United 4 Social Change Inc., its board members, or officers.
Tags:EpiPensFDAMylanPharmaceutical industry 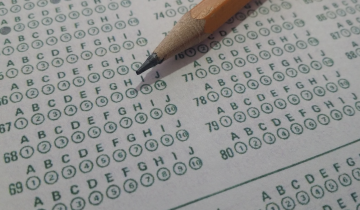