The issue of climate change has plagued many people, especially environmentalists and scientists, for decades. The overall concern for the state of the planet will only grow as more research on climate change and its effects is released. Scientists are continuously finding new evidence for the existence of climate change and examining reasons why people should be more concerned about it. One of their more recent findings was that climate change can have severe impacts on people’s mental health, which is definitely a cause for concern.

The Problem of Ecological Grief

Climate change can cause people’s mental health to decline because changes in global temperature harms ecosystems, which can cause people to experience ecological grief. Ecological grief, as described by geographer Ashlee Cunsolo, is the “grief as people suffer climate-related losses to valued species, ecosystems, and landscapes.” Anyone can suffer from it whether or not they’re close to nature.

Climate change and ecological grief are already taking their toll on people’s mental health. According to Cunsolo, during the seasons when ice hasn’t fully formed, groups of people living in communities near the poles experience “increases in suicide or suicide attempts or ideation.” The rising of global temperatures is prolonging these warmer seasons, which would naturally mean that more people in communities that depend on ice fields, like the Inuit in the Arctic, will experience depression as temperatures rise.

People living near the poles are experiencing the brunt of ecological grief right now, but as climate change worsens, more regions of people will be affected. A rise in global temperatures has been found to make natural disasters worse. The record-setting intensity of the natural disasters in 2017, like the multiple major hurricanes and the wildfires in California, have been already been linked to climate change. Natural disasters have been shown to have severe consequences on people’s mental health, with the aftermath of Hurricane Katrina being an example. After Katrina, suicidal ideation rates greatly increased, so logically, global warming, which causes more catastrophic natural disasters, will then cause more people to develop mental health problems.

The link between intensifying climate change and worsening mental health could spell disaster for human society. However, people aren’t as concerned as they should be because many either deny the existence of global temperature changes or downplay its impacts. These mindsets halt efforts to slow down climate change or deal with its consequences.

Some people outright deny climate change, with some even saying that it’s a hoax or a conspiracy. However, there is a considerable amount of evidence out there that proves that climate change is occurring. First, scientists have detected increased amounts of greenhouse gases in the atmosphere, and they have been shown multiple times to trap heat on the Earth’s surface. Therefore, more greenhouse gases in the atmosphere will cause the global temperature to rise. The global temperature is, in fact, rising. According to the National Aeronautics and Space Administration, the overall surface temperature on Earth has risen about 1.62 degrees Fahrenheit since the late 19th century.

Some other people believe climate change exists, but they believe humans play a minimal role in causing it or are unconvinced of the severity of the consequences of climate change. However, studies show that humans are greatly contributing to climate change. Humans are releasing extreme amounts of greenhouse gases such as carbon dioxide and methane through activities like driving, burning fossil fuels, deforestation, and raising livestock in close quarters. As long as humans keep emitting large amounts of harmful carbon compounds, climate change will only worsen as more heat is trapped on the Earth’s surface.

Aside from affecting people’s mental health, climate change has already harmed the environment and humans in various ways.

Habitats are being destroyed by rising global temperatures. For example, oceans are warming and absorbing more carbon dioxide due to climate change, and this phenomenon is killing coral reefs and the organisms that depend on them to survive. The sea ice that many animals and humans in the Arctic depend on to survive is melting rapidly, and the rising acidity in the Arctic Ocean is killing off plankton, which make up the base of the Arctic food chain.

Climate change is also causing air quality to worsen. Because temperatures are becoming warmer, the smog and surface-level ozone in the air is becoming more potent. These pollutants in the air harm humans by causing and/or triggering respiratory diseases such as asthma and other severe lung diseases.

First, people who are overwhelmed by ecological grief should consider talking to a mental health professional about their concerns, so they can get the help they need. They should also consider participating in initiatives to save the environment as they could feel more fulfilled by the fact that they are doing their part to lessen the consequences of climate change.

In the long term, countries should slowly switch to using green energy sources like solar and hydroelectric power as their main source of electricity in order to reduce greenhouse gas emissions. Governments should also promote initiatives to create greener societies by implementing more restrictions on carbon emissions.

In the short term, people can take steps to reduce their carbon footprints by driving less if they can and using alternative transportation methods instead, like public transport, biking, or even walking if possible. People should also support green energy sources. If possible, some people should consider installing solar panels in their home. Every little method to conserve energy will help people in the future, and if everyone becomes more environmentally conscious, climate change might even be stopped in its tracks.

Disclaimer: The views and opinions expressed in this article are those of the author and/or student and do not necessarily reflect the official policy or position of United 4 Social Change Inc., its board members, or officers.
Tags:Climate Changeclimate change consquencesEcological Grief 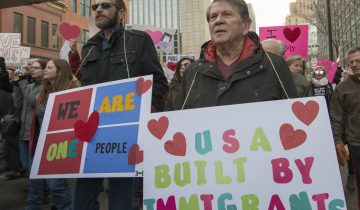