Dope, grass, hemp, pot, and weed are slang terms for marijuana or cannabis. Marijuana is too often associated with usage as a drug to get high or as a “bad,” illegal substance. Yet, it does serve a more practical use than commonly thought. With several beneficial qualities, the cannabis plant has now been receiving attention for its positive life-altering qualities rather than its negative qualities. In Utah, cannabis has been recognized for its medicinal properties to help reduce severe seizures for young epileptic patients.

Epilepsy is a neurological disorder where an individual suffers with repeated seizures and convulsions that are managed through medication and (in more serious cases) surgery. Surgery however, is not an easy option chosen by parents, for with surgery, comes many dangerous risks.  For instance, two year old Andrew Rios was suffering from severe seizures since five months of age and was having difficulty finding medication that would help reduce his ongoing seizures. Many medications failed in helping Andrew, in fact these medications only made his seizures worse. One drug, Felbamate, caused insomnia. Another, Depakote, resulted in a four day coma. Another drug known as Phenobarbital caused the boy to become aggressive; the increased aggression resulted in yet another drug prescription. The last drug called Banzel was the last straw for the Rios family, since it made Andrew seize three times more (from two seizures a day to six). The only option available was brain surgery. The surgery results in the loss of sight in one eye and another surgery would involve placing a “pacemaker-like rod” in Andrew’s chest. Clearly, these methods were not going to be ideal.

Luckily, the Rios family found another option: cannabis. As a medical director for Ghost Group (an organization that runs marijuana sites), Dr. Bonni Goldstein was able to help provide the cannabis oil known as Alepsia oil to help reduce Andrew’s seizures. Because of marijuana, Andrew currently goes seizure-free for up to two weeks, allowing him to enjoy his childhood without constant interruption.

Due to the properties of this cannabis oil, the  Governor Gary Herbert  of Utah passed a bill for marijuana usage by epileptic patients. Specifically, the extract for the Aplesian oil follows strict guidelines that allows it to be distributed for people suffering from seizures.  By law, the drug must have 0.3 percent tetrahydrocannabinol (the chemical that is responsible for the “high” effect in marijuana ), and at least 15 percent cannabidiol (which will help reduce the amount of seizures). Furthermore, cannabidiol is known to be a “chemical which reportedly fights seizures.” Although over 50 people are waiting for Alepsia, the law passed is going to take effect on July 1st and end in 2016, but even within that short time period, many may struggle to obtain this miracle-working drug.

People in Utah may have to wait months to obtain the cannabis.  The people who need to get the cannabis would first need to get a recommendation letter by a neurologist, and then try to get the drug from another state that makes it and bring it back into Utah, which (importing it from a different state into another) is illegal. Regardless,  Alepsia is in high demand, and with only a certain amount grown per customer, the distributors are optimistic that they can meet the demand. The Realm of Caring Foundation is a foundation which deals in the Alepsia Oil business and helps young children overcome their ailments through cannabis. With the production of the plant in large acres, the organization will be able to supply the oil in 2015.

This cannabis oil is essential for reducing seizures and helping young children overcome their disability. With Utah’s passing of this law, it is setting a precedent that marijuana isn’t just a drug that is used to get high, but can and does serve a medical purpose. Marijuana is known for its hallucinogenic properties,  but in actuality, marijuana is now a prescribed treatment rather than just an illegal drug. Marijuana should be known for its healing effects — it helps many overcome their ailments and live a better, happier life.

Disclaimer: The views and opinions expressed in this article are those of the author and/or student and do not necessarily reflect the official policy or position of United 4 Social Change Inc., its board members, or officers.
Tags:childrenmarijuanamedical

The Façade of Superiority: Hierarchies in Society

Denied: An Evaluation of the Supreme Court's Recent Decision

Anchal is currently a junior at Rensselaer Polytechnic Institute studying science technology and society. She is the director for I4SC. In her free time she enjoys reading and watching funny videos. 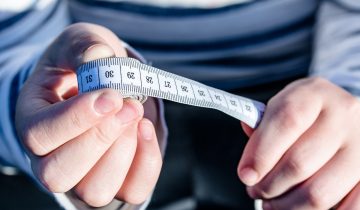