Two-hundred and sixteen years ago, Thomas Malthus predicted that a heavily increasing population would severely hinder its own growth through diseases and resource shortages. While many scientists believe that the human population has not hit its capacity of resources yet, the effects of having more than 7 billion people on the planet can be seen today. One such area, where the effects of overpopulation can be easily found,  is in Sub-Saharan Africa, where the population is rapidly increasing.

With improved healthcare in Africa, such as improved education on the prevention of HIV/AIDS, mortality rates for children and newborns have dropped significantly, while birth rates continue to get higher. This causes an increase in population which makes a stronger demand for more resources as well as many social problems. Nigeria is the sixth most populous nation in the world with about 167 million people. In fact, many Sub-Saharan countries have the highest fertility rates in the world. Crime is high in Nigeria as there is a 50% unemployment rate for people ages 15 to 24, and classes in primary schools could hold 100 students or more. Niger leads the world with a fertility rate, or an average number of children born from one mother, of 6.89, and the next 7 countries all lie in Sub-Saharan Africa. Overpopulation increases the amount of resources used, and this not only shortens what is available for other countries but also increases the amount of garbage and waste, introducing the question of where this waste should be placed.

Overpopulation adds to the destruction of the environment by increasing desertification. This soil degradation is expected to make 2 billion people refugees as African ecosystems deteriorate. This gradual displacement of people could greatly hinder the economies of countries where an overwhelming population and shortage of resources are evident. Zafar Adeel, Director of the UNU’s Canadian-based International Network on Water, Environment, and Health, sees the two main causes of desertification to be climate change and bad government policies, including an increase in agriculture in dry areas and the settling of nomadic populations in areas where the soil had not been disturbed. When trees are cut down to be used as fuel, the soil is left defenseless to the wind, causing it to be blown. Poor irrigation and overgrazing also contribute to desertification spreading, and vegetation and food crops are lost to the changing environment leading to the loss of an extremely important resource.

Overpopulation and desertification are two horrible problems that accompany Sub-Saharan Africa, and they both contribute to conflict. With a higher population, but less resources and a shrinking amount of farmable land, things like fertile soil and water will become coveted by many groups in Africa. Since 2000, there have been 11 major disputes over water in Sub-Saharan African countries, showing the direct effect of an increasing population in a world of finite resources. Nigeria’s Lake Chad has been reduced to 20% of its original size, while 30 million people depend on the lake as a way to provide for themselves. The reduction of Lake Chad has also led to conflict as people are now competing for the lake’s resources.

Like Malthus predicted, overpopulation causes other devastating problems, such as conflicts and resource shortages. As African countries need more and more resources to satisfy their growing populations, conflicts over scarce resources will only grow. While overpopulation is a major part in the problem of many of Africa’s issues, family planning and population control policies are strong tools used by many governments in order to combat overpopulation. In order to effectively solve overpopulation, countries will have to enact reforms to not only regain resources but also to use them wisely.

[Image Attribute: pdpics]
Disclaimer: The views and opinions expressed in this article are those of the author and/or student and do not necessarily reflect the official policy or position of United 4 Social Change Inc., its board members, or officers.
Tags:africaDeforestationHealth Careoverpopulation 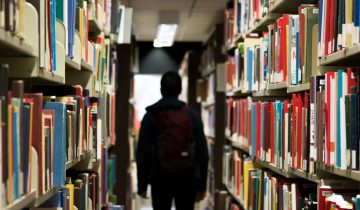