Abdul Al-Faisal was arrested for returning to his school on Monday (a bank holiday) to get his favorite baseball cap on alleged burglary. He was apparently handcuffed and held in a cell. They also took his DNA and other information and released with a caution for burglary, which will remain on his criminal record.

His parents reported him missing after not seeing him, and were obviously upset when they found out where he was. His mother told The Standard:

“Anyone can see my son has Down’s Syndrome. He has the mental capacity of a ten to 12-year-old.”

“Because of his condition he has a strong attachment to things and that’s why he went to school because he just wanted his Chicago Bulls hat. That’s his favourite basketball team.”

“I’m extremely disappointed with the way police handled him.”

“I went into the police station and my son was sitting in a cell crying. They had taken his coat and his shoes. He was terrified.”

“I explained to the officers he had Down Syndrome’s and expected them to release him.”

“But one officer said that didn’t give him the right to break into the school. I told him a child with Down’s Syndrome does not have the capacity to understand. They had no sympathy.”

“He doesn’t realise the situation. He is shaken up and so distressed. He has never been in trouble before.”

The police claim they took into account his condition in approaching the situation. #AreYouSerious? What would they have done to a person who they didn’t see as a “vulnerable adult” (Sidenote: Who came up with that term?) This is extremely embarrassing for any legal system.

They should have taken into account his ability to understand the situation and consequences before taking action. He might not be a minor by standard legal definitions, but the same reasoning that applies to requiring parent presence for questioning minors, should have applied to questioning him.

This is not the first time a special needs person has been treated with so-called “objectivity”.

The family is launching a formal complaint against the police. Share this story to spread awareness. The most important thing for changing how legal systems approach those who are differently abled is by educating society! #TakingAction

[Image Attribute: The Standard]
Disclaimer: The views and opinions expressed in this article are those of the author and/or student and do not necessarily reflect the official policy or position of United 4 Social Change Inc., its board members, or officers.
Tags:down syndromedslegal systempolicepunishment 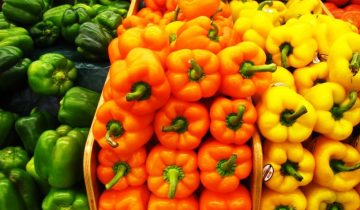