Home›Corruption›2014 South African Election: a Race Against the Past
CorruptionEqualityPeace

On May 7, South Africa held their national election. This profound election was marked as the 20-year anniversary when the apartheid, South Africa’s legal racial separation law, ended and the non-white majority obtainable voting rights. Not surprising was the outcome of the election with a clear victory for the African National Congress (ANC) which has a winning strike for 20 years since 1994. With ANC’s victory it will give the party’s leader, President Jacob Zuma, a second five-year term in office as well as the continuous issue of corruption that follows the party. Around 18,654,457 votes were counted, which was around 73% of the country’s votes that came from across South Africa.

What is the African National Congress?

What are the corruptions from the government?

The issue with South African government today is the corruption that is following the party of African National Congress. The 2014 election has seen numerous media coverage of ANC’s involvement in scandals and corruptions. Jacob Zuma, current president of South Africa, was accused of spending millions of taxpayers money onto his private residence several weeks before the election. Zuma’s respond to this scandal was him stating these improvements as necessary security measures, and even states that the swimming pool would be used by firefighters to put out fire in his hometown of Nkandla. The rough amount money spent circles around $23 million which is enormous to an average black person monthly earning of 2,167 Rand. Throughout Zuma’s political party he has been associated with numerous scandals such as rape, racketeering, and money laundering and tax evasion. More importantly is ANC’s involvement in corruption throughout the years. For the 19 years of governance, ANC has blamed the stealing and losing millions of taxpayers money for development projects under ANC’s leadership as blaming the apartheid because of “not having experience”. With every year under ANC’s leadership, South Africa has witnessed millions of dollars, paid by the poor country itself, being “lost”.

Why aren’t people voting for another party?

The majority of South African voters, particularly the black South Africans, are devoted to the ANC. Through alliances of ANC are complex the main underlying reason why South Africa’s support from events that occurred in the past. South Africans see ANC as still the leading democratic movement. In 1912 ANC was the first group that lead to the end of apartheid moreover ANC was the party of the 1914 Nelson Mandela election. To South Africans ANC is the symbol of equality and sees their loyalty as gratitude to all what the party has accomplished. Since the very first election the 102-year-old party has been winning for 20 years now based from this “gratitude”. Though the 2014 election was foreseen as being the end of ANC’s because of the new generation of “born free”, South Africans who were not born during the apartheid, the election results in only a decrease in votes for ANC, which can be portrayed by their lost of Western Cape with 57.26% of the vote to Democratic Alliance.

This election also saw the rising of new parties such as the rival of ANC in the current 2014 election, Democratic Alliance, and the new Economic Freedom Fighters. The DA has won several local elections and both the DA and EFF has won few seats in the parliament: clear victories that will be causing a stir for the ANC. The result from the election was 66% for ANC, 22% for DA, and 6% for EFF. The election saw more than 20 diverse political parties emerge on the ballot.

[Image Attribute: GovernmentZA]
Disclaimer: The views and opinions expressed in this article are those of the author and/or student and do not necessarily reflect the official policy or position of United 4 Social Change Inc., its board members, or officers.
Tags:2014corruptionElectionjacobzumasouthafrica 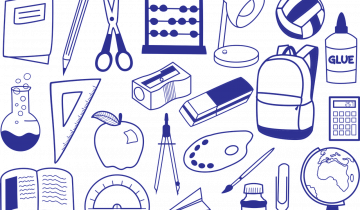 Why School Systems Should Provide Arts And Language Classes