Home›Equality›The Dictionary Debate: Towards an Inclusive Definition of Love
Equality

Two Steps Forward, One Step Back

Starting in 2012, university students in Korea petitioned to change the dictionary definition of the word “love” (in the romantic sense, which is listed fourth under the entry for “love”) from “passionate feelings of longing between a man and a woman” to “passionate feelings of longing towards someone”. The students pushed for the change in order to make the definition more accurate, and less discriminatory – by including all types of love, rather than just heterosexual love.

The petition was successful, and in late 2012, the definition was changed the way the activists had requested. Four other words – translated as “romantic relationship/romance”, “affection”, and two other words both meaning “lover” – were changed accordingly. Supporters of the movement rejoiced at the apparent victory.

However, recently, activists discovered that the definition had been changed without notification in 2013. Campaigns led by homophobic conservative and religious groups, such as the “Countermeasure Committee for Homosexuality Problems”, have supposedly affected this reversal. This has stirred a new wave of protests and petitions by LGBT rights activists in Korea.

As a response, Rainbow Action, a coalition of sexual minority organizations in Korea, has issued an official statement condemning the National Institute’s “compromise with hatred”. As of now, many activists groups, including Amnesty International Korea’s Student Network, which first initiated the definition change movement, have started petitioning for the return of the corrected definition.

Unlike most languages, the “standard” usage of the Korean language is regulated by the government-affiliated National Institute of the Korean Language (NIKL). The most widely used Korean dictionary is the Korean Standard Dictionary, published by the NIKL; national news outlets, broadcasters and publications are also obliged to follow the regulations set herein. Therefore, dictionary definitions also imply a form of recognition. This debate, apart from the linguistic issues at hand, could also be the starting point of another debate about government recognition of same-sex marriages. In light of last year’s first widely publicized gay marriage in Korea (and the lawsuit following the rejection of the marriage), such a discussion would be timely.

Apart from official recognition of same-sex relationships and marriages, inclusive language  (and therefore, inclusive meanings of language) should be a goal in itself. Inclusive language, as defined by the Collins Dictionary, is “language that avoids the use of certain expressions or words that might be considered to exclude particular groups of people.” A simple example of inclusive language is the use of words such as “lover” or “partner” instead of “girlfriend”/”boyfriend”. This is important because without inclusive language, certain groups are marginalized and privileged groups are defined as the norm. Likewise, the current (reversed) definition of love invalidates the experiences of queer people by excluding them from an official definition of the word “love”.

The issue of heteronormative dictionary definitions seems somewhat particular to Korea, and it seems it will not be resolved easily. Even excluding the recently repealed definition changes, there are still many other heteronormative definitions that are yet to be addressed. For example, the word “couple” is defined in the Korean Standard Dictionary as “a man and a woman who make a pair.”

The first (and most direct) way to take action is to sign the petition. Signatures are being collected at this link to be sent to the National Institute of the Korean Language. However, it is also important on a daily basis to think of the language choices we make. Shifts in everyday language toward inclusiveness can create bigger changes in perception. To challenge heteronormative views, we must take on the words and definitions of words that we take for granted.

[Image Attribute: Seoulful Adventures via Compfight cc]
Disclaimer: The views and opinions expressed in this article are those of the author and/or student and do not necessarily reflect the official policy or position of United 4 Social Change Inc., its board members, or officers.
Tags:homophobialanguagerhetoric

Kate is a recent graduate of Hankuk Academy of Foreign Studies. When she is not ranting about human rights or sustainable development, she enjoys reading novels and traveling. She is entering Harvard University in the fall. 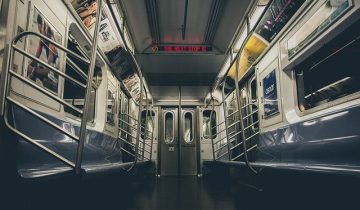