On May 13, a 23-story apartment building under construction in the capital of North Korea, Pyongyang, collapsed. This incident resulted in a considerable number of causalities.

The state-run Korean Central News Agency (KCNA) reported details of the accident. The apartment collapse, which left human causalities, occurred on the afternoon of May 13 at a construction site in Ansan 1-dong, Phyongchon District, in southern Pyongyang.

North Korea’s state-run media also reported this issue on May 18 in a rare admission. The government issued a prompt apology for the accident. According to the state-run Korean Central News Agency, the collapse was described as a “serious” accident. They cited one official who said that the North Korean leader, Kim Jong-un, “sat up all night, feeling painful after being told about the accident.” It also offered “profound consolation and apology” to the victims and their families. Broadcasting anything negative about the regime is rare for the official news agency.

The South Korean Ministry of Unification confirmed that there was expected to have been 92 households in the building, as “it is common for North Koreans to move into buildings before construction is completed.”

According to the KCNA report, the rescue operation ended Saturday and officials apologized to bereaved families and district residents. There was no mention on the number of victims, but analysts estimate that each household is estimated to contain about four to five people, which could have left hundreds of dead or injured. Because the accident happened in the afternoon, it is unclear how many people were in the apartment at the time of the collapse.

The KCNA informed that the “construction of an apartment house was not done properly” and blames irresponsible administration and management. Residents expressed outrage over the incident. Pak Chol told The Associated Press “After this accident, we must make sure that this kind of terrible accident never happens again, by sticking to the proper method of building.” Another resident, Hong Nam Hyok, said that “everyone in Pyongyang is now sharing the sorrow of the victims and the bereaved families.”

Because of this, the public apology may be an attempt by the North Korean leader to appease any outrage among people. The swift apology shows how the North Korea’s government has handled the accident.

[Image Attribute: Photo Credit: Photo Credit: mardruck cc]
Disclaimer: The views and opinions expressed in this article are those of the author and/or student and do not necessarily reflect the official policy or position of United 4 Social Change Inc., its board members, or officers.
Tags:accidentDeathGovernmentnorth koreapyongyangsafety

The Wrong Type of Ceasefire: Russia and The ISS 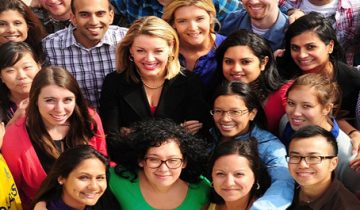