Pollution is dangerous for health. Although the effects of pollution can vary from person to person, everyone who is exposed to pollution is at the risk of being afflicted by different diseases. Individuals with chronic problems such as respiratory disorder or cardiovascular problems are more at risk of developing serious consequences. Even children and elderly are more vulnerable to pollution than healthy youngsters. The amount of presence of these pollutants in the environment decides how much health hazard you face. These pollutants enter your body either when you breathe or when you eat or drink. The different pollutants get absorbed in your body cells through airways and cause damage.

Here are the 5 major health problems caused due to pollution:

Pollution directly attacks the functioning of the lungs and disrupts the respiratory system. The pollutants in the atmosphere trigger inflammation damaging the blood vessels and the heart. Larger pollutant particles also damage alveolar region of the lungs and the upper airways and poor air quality causes allergies and increases the frequency of asthmatic attacks. Pollutants block the bronchial tubes and the airways causing problems such as breathlessness, coughing, tightness in the chest and wheezing. Chronic obstructive pulmonary disease is known to aggravate due to exposure to pollutants. Symptoms of other chronic respiratory problems such as bronchitis and emphysema also increase due to exposure to pollution.

Studies have shown that pollutants can lead to serious gut problems such as Cohn’s disease. The pollutants migrate from the respiratory tract into the intestine and abdominal region causing problems. Inhalation of soot and smoke also trigger off inflammation of the gut. Exposure to pollution has led to 40 percent increase in the bowel diseases such as ulcerative colitis. Intestinal inflammation caused due to pollution in some cases requires removal of intestine for survival. Other intestinal and abdominal problems include bacterial enteritis, liver cancer, renal and kidney failure, amoebiasis, helminthiasis and more.

Prolonged exposure to pollution leads to brain damage and diseases related to central nervous system. The brain tissues in old people and small children are damaged due to pollution causing serious consequences. Exposure to pollutions causes scattering of brain protein plaques increasing the risk of Alzheimer’s. Recent studies also suggest that pollution can cause memory loss and decrease in attention span. Pregnant women are more at risk of giving birth to child suffering from autism due to pollution.

Skin Infections Due to Pollution

The skin absorbs pollutants through topically applied cosmetic and products. In this way, they reach the bloodstream and the body tissues and start accumulating free radicals. This leads to premature aging and several skin related problems. Pollution also causes an allergic skin reaction, fungal and bacterial infections. Pollutants rob the skin of its natural elasticity and vitamin C, E and D are making it vulnerable to skin cancer.

Pollution causes several infections such as hay fever, irritation to nose, throat, eyes and ears. Exposure to radioactive pollutants also affects your reflexes and lowers immunity system, thereby increasing the frequency of pneumonia and common cold. It is not easy to avoid exposure to these pollutants as they are scattered in the environment and you cannot easily detect them. However, awareness about the surroundings can certainly reduce your chances of getting such health problems.

[Image Attribute: “Pollution” by Billy Wilson]
Disclaimer: The views and opinions expressed in this article are those of the author and/or student and do not necessarily reflect the official policy or position of United 4 Social Change Inc., its board members, or officers.
Tags:asthmahealthPollutionpublic health

Kristy Jones lives in Liverpool and is an avid writer and blogger. Her areas of interest are food, reviews (Book/Movie), Travel, Fashion, Lifestyle and Fitness. She works as a guest blogger on her chosen areas of interest and currently writes on behalf of <a href="https://www.ehic-uk.org/">European Health Card</a>. 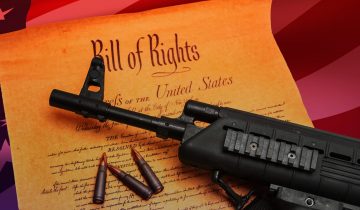