The most beneficial type of feminism is intersectional, meaning it involves race, class, ethnicity, and a multitude of factors. This was coined in the late 20th century by Kimberlé Crenshaw in 1989. #BlackLivesMatter is a trending hashtag created by three queer, black women named Alice Garza, Patrisse Cullors, and Opal Tometi. This is a perfect example of intersectional feminism, and how it is broad and outreaching. This was created in response to the death and post-humous trial of Travyon Martin, and it has exploded in intensity in response to the continued murder of black Americans by police, security guards, and vigilantes, such as the death of Statan Island father Eric Garner.

Unfortunately, the recognition of these women has been slim to none. Although the hashtag and development of the movement was created to draw support for Black lives, and to underscore the importance of supporting the oppressed, queer, black women have been erased from the creation of the hashtag. Furthermore, we must emphasize how this movement not only centered around black men, but black women.

This movement must be equally inclusive of women; trans and cis, binary and non binary.

Why is this important now? Many activists have called to attention the death of Sheneque Proctor, a 18 year old high school graduate who recently died in prison after being jailed over ‘disorderly conduct.’ Proctor reportedly had breathing problems and asthma, but was not administered proper medical care. The controversy surrounding Proctor’s death is in response to the lack of  information provided to both the public, and to Proctor’s immediate family. Although a petition has been created in request for more information surrounding her death, there has been a lack of interest paid towards her. In fact, she has been called the “female Eric Garner” by new sources and by twitter users.

This erasure of her identity, her story, her personhood is not just. #BlackLivesMatter was created by three queer, black women and is meant to be inclusive. Combining the narrative of Proctor and Garner serves neither life justice, and is not intersectional.

[Image Attribute: Pixabay]
Disclaimer: The views and opinions expressed in this article are those of the author and/or student and do not necessarily reflect the official policy or position of United 4 Social Change Inc., its board members, or officers.
Tags:blacklivesmatterintersectional feminismpolice brutality

The Beginning of Progress: Obama Loosens the Embargo

Secessional Clashes: Conflict in Assam Between Bodos and Adivasis 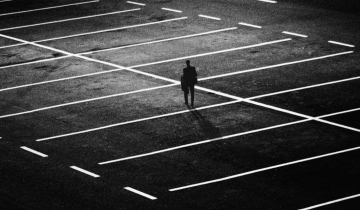