The history concerning the treatment of women in India is appalling, but it is no better today.

It was clear to me, after living in New York for 16 years, that visiting India would be full of obstacles: the biggest one being sexism. Watching my two brothers and father fight with men on the street (sometimes physically), having to come up with insults with the little Hindi I know, being stared at up and down, hearing dirty marks, and even seeing dirty gestures, I went through what an average Indian woman goes through everyday.

I still remember the first day in Balasinor. The gazing. The pointing fingers. The laughing. And immediately, a woman who once walked the streets confidently with her head held high, didn’t feel safe without holding the hands of her two brothers.

The Problem: Blaming the Victim

Your clothes are provoking them.

From simple things such as cat calling to serious crimes such as rape the woman is always at fault.

According to a survey carried out by TNS System Three, 27% of people believe a woman wearing revealing clothing is responsible for being sexually assaulted.It becomes difficult for women to even have the assurance that in the case of sexual harassment they will be given justice, when society tells them it is their fault. For people who don’t live in India it is easy to yell out some curses or fight with some of the men. It’s problematic when the society that a woman is born in tells her to wear proper clothes, not to go out alone at night, and strips her of the basic freedoms a woman should have. A survey of around 630 women throughout New Delhi and Old Delhi showed that 95% of the women believed they were restricted because of male harassment.

In order for women to feel safe in India, society needs to shift the mentality from the woman should change her clothes to the man should change his mindset. Women also need to be taught to speak up in these situations.

There are only so many steps a woman can take to avoid being sexually assaulted. She could get married, change her clothes, wear “protective” underwear, not use public transportation, and even take a self defense class, but this kind of advice sends a clear message: that it is the woman’s responsibility to do everything and anything possible to prevent sexual assault and if she fails to do one of those thousands of things, she should take the blame.

Bhaveen Singh, a student at Delhi University stated, “A lot of Indian men think this way. They don’t have any empathy or they are brought up in such a way that they don’t feel anything for women. They feel that women are only for sex and to be thrown away.”

Until there’s a tremendous increase in the awareness about sexual assault, innocent victims will continue to be blamed and ruthless criminals will demonstrate to younger generations that it is acceptable.

Disclaimer: The views and opinions expressed in this article are those of the author and/or student and do not necessarily reflect the official policy or position of United 4 Social Change Inc., its board members, or officers.
Tags:feministsindiarapeRightssexualassaultWomen
Previous post 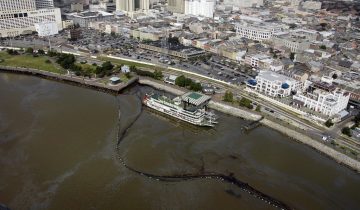