Afghanistan: Takeaways from the Kunduz Offensive

On 28 September 2015 the Taliban launched an elaborate offensive on Kunduz city, capital of the Kunduz Province.  By 29 September 2015 – the Afghan National Unity Government’s (NUG) first anniversary – Kunduz city was overrun by the Taliban. The insurgents stormed the city from three different directions in a surprise attack, plans for which were being referenced on jihadist social media accounts over the week preceding the attack, sending the city into a state of a lockdown. The insurgents took control of and ransacked several strategic government and civilian buildings, looting currency and gold; executed citizens; captured several private, government and NGO vehicles; and dug trenches and laid land mines to deter the advance of Afghan soldiers.

On the geopolitical front, the scale of this offensive has put forth a new problem before the US and Russia – both whom are now quite involved in Syria and are not on the same page vis-à-vis Afghanistan. There is a chance that more foreign troops may get deployed in the country. China reaching out to the US via the 14 September Xinhua commentary, ‘Spotlight: Silk Road wide enough for China-US cooperation’ will carry more weight now more than ever.

After a long intense fight, the Afghan National Army (ANA), backed by reinforcements from the coalition forces, managed to regain control of Central Kunduz in the latter half of 30 September 2015. The scale, timing and intensity of this offensive by the Taliban is telling.

What does the Kunduz attack signify?

The Taliban surrounded the city and in a matter of hours, overran the city, capturing large portions of the area. Despite the ANA’s counter-offensive supported by aerial attacks by the coalition forces, the insurgents managed to put up a tough resistance. Reportedly, this was an attempt to move the new Taliban leader Mullah Mansour’s base to Kunduz. This incident demonstrates that Taliban is not a defeated force. That the capabilities of the Taliban were not diminished has been amply clear especially since they launched their 2015 summer offensive, Azm. Azm has been the deadliest Taliban offensive since 2001, and has stretched the ANA extremely thin. Although Taliban offensives are ongoing in other parts of Afghanistan as well, the capture of Kunduz is ominous. In the 1990s, Kunduz was a Taliban stronghold, making this incident extremely symbolic.

The Kunduz offensive is reminiscent of the 1990s but it does not automatically mean the fall of the north or the return of the 1990s. However, Kunduz is the first provincial capital to be seized by the Taliban since their defeat in 2001. Any gains made by the Taliban in the north would have more strategic implications than just symbolic. Kunduz city houses 3 lakh residents and is a transport hub in the north. It is strategically located, and is connected via highways to other northern provinces, national capital Kabul, as well as to the bordering Central Asian country, Tajikistan. The Tajik border factor is significant as it is porous and has served as a transit route for opium smugglers as well as jihadists.

The Taliban dynamic under Mansour

Mansour is establishing his worth, not just to Pakistan’s Inter-Services Intelligence (ISI) but also to the others in the insurgent ranks – many of whom disapproved of his succession of Omar. This attack came less than a fortnight after the deceased former Taliban Chief Mullah Omar’s son Yakoub acknowledged Mansour’s leadership and called for unity in an audio message. The dissensions in the Taliban ranks have been successfully allayed for now, and there appears to be a comparatively new unified vigor. Unlike Omar, Mansour is a strategist. He already proved that mettle by choosing tact over violence to quash the dissensions, albeit with the help of the ISI. He is now consolidating his position within the group. The over running of Kunduz thus serves the following objectives for the Taliban:

2.This was the Taliban’s demonstration of strength not only against the Afghan government but also to               establish themselves as the dominant insurgent group in the region, especially in the face of the Islamic           State (IS) steadily making inroads into the country.

Furthermore, the Taliban is stepping away from their traditional streamlined mode of disseminating information for strategic reasons. The insurgents fighting in Kunduz were posting selfies and videos live from the battlefield – much like the IS cadres do. Communication from the Taliban has traditionally been streamlined via a handful of key outlets. Allowing young Taliban members to vent and boast of their ‘achievements’ live on social media will help the Taliban retain the younger cadres as often it is this aspect of the IS that helps attract extremists towards the group.

On the domestic front, the credibility of the NUG has been immensely damaged. It would be wrong to underestimate the Taliban’s capacity and worse, to delay the negotiations with the Taliban – the longer the NUG waits, the more difficult it might get to negotiate, because the Taliban may act in way that puts them in an advantageous position while negotiating. This does not warrant buckling to Taliban demands. Instead, negotiations must continue but the Afghan government must calculate, because at the moment, despite the negotiations being Afghan-led, they are still not Afghan-owned or Afghan-controlled.

The NUG must now put an end to delays caused by petty internal differences and choose efficiency and priorities over preferences; appoint a full-time defence minister; introduce better governance methods – and administrators – with thorough oversight; shake off the state of indecisiveness; and most of all, put a check on the several war machines that have been ignited in the country.

Disclaimer: The views and opinions expressed in this article are those of the author and/or student and do not necessarily reflect the official policy or position of United 4 Social Change Inc., its board members, or officers.
Tags:DefensemilitarypakistanTaliban
Previous post

The Plight of Pilgrims 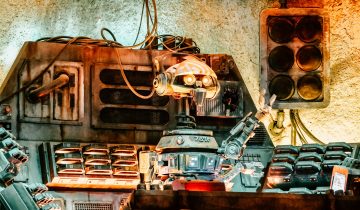