The Supreme Court of Pakistan has retained the death sentence for Mumtaz Qadri, the hired killer of Punjab Governor Salman Taseer. This is an excellent decision by the apex Court. The Supreme Court has also said in its decision that everyone cannot be given permission to do what they wanted otherwise Pakistan Penal Code will have to be abolished.

The implementation on the decision by the Pakistani Government is very important to tell the world that Pakistan has the capacity to fight extremism and terrorism. The elements like Mumtaz Qadri must be crushed and Pakistani society, Islam and Muslims should be purified off such elements, which are garbage of our society. Such elements try to promote a mindset that Islam gives a license to its followers of violence, terrorism and lawlessness. This is totally wrong. Prophet Mohammed (pbuh) is one of the greatest law givers to Muslim Ummah and during his life daily held a court in Masjid-e- Nabvi and decided cases. A legal and judicial system was developed in Islamic society by the Prophet (pbuh) himself. So far so that he layed down the rules and regulation of fighting wars as well. He told his followers not to cut any tree uselessly, not to kill elderly, children and women, and not to kill those who do not take up sword against you. He instructed his followers not to forcibly grab properties of non-Muslims and not to marry non-Muslim women forcibly against their will.

People like Mumtaz Qadri are working against their own Prophet (pbuh) and his religion. Muslims must play a role to protect Prophet’s Islam from such people. In the presence of such people, Islam and Pakistan do not need any enemies from outside. Such extremist and terrorist elements are sufficient to work for the destruction of Islam and Pakistan.

People like him are a bad omen for Islam and Pakistan. People like Mumtaz Qadri and their supporter bring shame and embarrassment to Islam and Prophet (pbuh).

One wonders what kind of Muslims are the supports of Mumtaz Qadri who are supporting lawlessness? And what kind of lawyers are the 500 lawyers of Rawalpindi who showered rose petals and flowers on Mumtaz Qadri when he was appearing in the court on the first hearing of his case at the early stage of his case immediately after he killed Salman Taseer.

He committed crime and violated law on three levels: Firstly, he was on security duty of Governor Salman Taseer and was supposed to protect and not kill him because Qadri had a government paid job for security of the governor and was not hired and paid from the government exchequer for killing government officials; secondly he violated the state laws, which do not allow anyone to take law in their own hands; and thirdly he violated Islamic principal of justice and refuted the Islamic laws and justice system.

Qadri, though claimed he killed the Governor Salman Taseer because he had committed blasphemy by saying that Blasphemy laws were black laws, was reportedly paid RS.30 Millions to kill Governor Salman Taseer. This money was paid to his by a politician of Muslim League N. According to some analysts the Sharif Brothers (Mian Nawaz Sharif and Shehbaz Sharif) also had a hand in the murder of Salman Taseer because he was very critical of Sharif family and Sharif family did not like him. Justice (Rtd.) Khawaja Sharif has been proudly admitting that he had very close relations with Sharif Family and that Shehbaz Sharif considered him like a real brother.

One also wonders what kind of lawyer and Judge Justice (Rtd.) Khawaja Sharif had been throughout his life. He practiced law and then became a judge, but at the end, after his retirement as a Chief Justice of Lahore High Court, he started his legal practice again as a lawyer and the most important case of Mumtaz Qadri was assigned to him. By pleading this case in the courts, he proved that all his legal practice and service as a judge of High Court had been useless because at the end he is telling the whole world that when a terrorist like Mumtaz Qadri takes up arms and kills the persons that he was supposed to protect, he is doing a service to Islam. So after 4 decades of legal practice and service as judge up to level of High Court, now Khawaja Sharif tells us that individuals could take law in their own hands and there was no need of State as an institution, law, legal and judicial system, lawyers, courts, judges, parliament, bureaucracy, police and other state institutions were not needed and that the society should be allowed to operate as a jungle where anyone and everyone could kill anyone and everyone. Khawaja Sharif is telling us to close down courts and send lawyers and judges home, render them jobless, and they can go and sell vegetables.

Khawaja Sharif needs to be reminded of a Hadith of the Prophet PBUH wherein he said that “By God, the dignity of human life is much greater than this Ka’bba”.

Disclaimer: The views and opinions expressed in this article are those of the author and/or student and do not necessarily reflect the official policy or position of United 4 Social Change Inc., its board members, or officers.
Tags:justiceReligonSupreme CourtYunis Khushi
Previous post

Afghanistan: Takeaways from the Kunduz Offensive

The toxicity of “colorblindness” 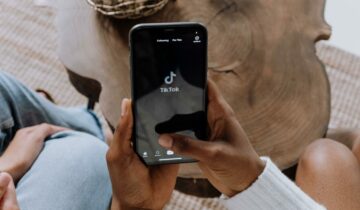