Home›Corruption›Pakistan and India: A Step in the Right Direction
CorruptionPolitics

Pakistan and India: A Step in the Right Direction

On Christmas Day, Pakistani Prime Minister Nawaz Sharif was celebrating his birthday and preparing for his granddaughter’s wedding in his Lahore home. He unexpectedly received a phone call from Indian Prime Minister Narendra Modi, who wanted to wish him a happy birthday.

On the 26th, the Indian PM made an impromptu visit to Sharif’s house in Lahore without notice, marking the first visit by an Indian Premier to Pakistan in nearly twelve years. Given the tense affairs between the two countries, both possessing strong militaries and nuclear weapons, this was a step in the right direction in diplomatic relations.

The United States has long been worried about this heated and delicate zone, as small conflicts can quickly rage into a nuclear war that could destroy the two nations and negatively impact the surrounding world. India and Pakistan are considering a more collaborative, productive relationship with one another by communicating more effectively.

“There are some who did not want us to be here. There were those who saw sinister designs in our presence here,” Mr. Modi said. “But, we are here because you have faith in us. You know that India is here to contribute, not to compete; to lay the foundations of future, not light the flame of conflict; to rebuild lives, not destroy a nation.”

The new national security adviser, Ashok Malik, commented that both Sharif and Modi realize that they need to be engaged with one another. PM Nawaz Sharif has backed stronger relations with India, desiring to trade with them, but the Pakistani military has expressed its doubts.

Adil Najam, the dean of the Frederick S. Pardee School of Global Studies at Boston University, said in an interview that there was a danger of overanalyzing the visit. “I think it’s actually a good step. But that is what it is: a step, a very small step. There is a danger of reading too much into that,” Mr. Najam said, adding that false expectations eventually “become a recipe for future heartbreak.”

While viewed with enthusiasm by the political opposition and the people of Pakistan, there was a paradoxical feeling in India, believing that this visit was unexpected and out of line for a prime minister to conduct.

Pakistan is also proceeding with caution, since Modi has recently struck arms deals with Russia and is becoming more involved in Afghani affairs. This alleviation of a 12-year dry spell, however, is a small step in the right direction for India and an even better advancement for the troubled and struggling Pakistan.

Disclaimer: The views and opinions expressed in this article are those of the author and/or student and do not necessarily reflect the official policy or position of United 4 Social Change Inc., its board members, or officers.
Tags:indiamodipakistansharifsheryar mirza
Previous post

Heroin not Heroine: Pakistan---The Most Addicted Country in the World 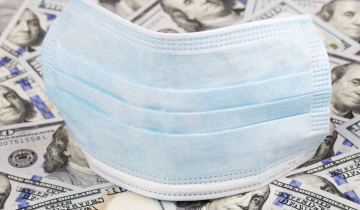 Prioritize Public Health Over the American Economy Amid COVID-19