Just shortly after Pakistan was devastated with yet another attack on school grounds, a suicide bombing took place near the outskirts of an army facility in Baluchistan province. The attack, claimed by Azam Tariq to be the work of Sipah-e-Sahaba, wounded a child, a civilian, and about three security force members. The intentions of the bomber seemed to have been to enter the facility and attack near the offices and residential buildings of the officers inside, but was seemingly intercepted outside the gates before he/she could succeed. The purpose of the attack, in accordance with the countless suicide bombings that have taken place in Pakistan in the past, was to incite fear within the hierarchy of Pakistan’s governing party in order to achieve their destructive, tactical objective which remains unknown as of right now.

Pakistan has an extensive history relating to terrorist attacks that has left the country upholding a constant environment of turmoil and social/political unrest. The excessive amounts of militant groups with differing opinions and methods of protest has left this so-called “corrupted” government perpetually fighting battles they can barely win. The only common ground these multitude of terrorist factions share is their hatred for the various types of people and ideologies that inhabit Pakistan that differ from their own beliefs and ideas, such as the government officials and citizenry that uphold the ever-present “Western” mindset.

In terms of this specific attack and the culprits behind it, their intentions can be determined by looking closely at their overall message to the world. Currently maintaining their title as a “terrorist organization” under the Anti-Terrorism Act of 1997, Sipah-e-Sahaba has once again proven their dangerous character to not only the people of Pakistan, but people all across the world. Their primary stated goal as a militant group is to prevent Shi’a influence in Pakistan. It is unknown if the attacks that occurred today were to assist in reaching this goal, but the scarring impact left on the people directly affected along with the Pakistani population as a whole is definitely worth taking into account.

What Has to Stop

In a time when fear is the best tool to get an entire country to pay attention, I call upon the Pakistani population to remain headstrong and fearless against cruel opposition that claim their work is for the betterment of society as a whole. The Pakistani government, regardless of their efforts to combat such spews of hatred and violence in the past, have much to tackle as these attacks become more frequent and, for the most part, normal. A country should not be expecting these sort of devastating events to happen. The more awareness that arises from those leading this country, the less normal these attacks would become. A country should work together as a whole to settle differences amidst their people and create an environment where turmoil and tragedy are a rarity. It is time to fight back for the sake of peace. It starts with the people and it starts without fear.

Disclaimer: The views and opinions expressed in this article are those of the author and/or student and do not necessarily reflect the official policy or position of United 4 Social Change Inc., its board members, or officers.
Tags:Amber HasnainpakistanSecularterrorism
Previous post 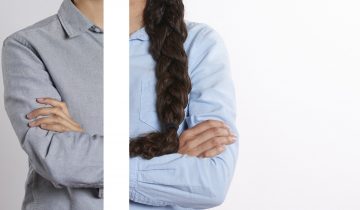