Back in May, the Trump administration issued a proposal to the Department of Health and Human Services that would restrict the ability of health care professionals, working in institutions receiving federal dollars, from counseling women considering abortion procedures. The president’s actions come as no surprise given that restricting women’s access to safe, legal abortions has long been a staple of the Conservative agenda. On the campaign trail, Trump was championed as an anti-abortion candidate.

Under Title X, a program that provides federal funds to health care institutions like Planned Parenthood, people of all income levels are able to access basic resources for reproductive health. According to Planned Parenthood’s website, Title X covers birth control as well as procedures such as cancer and STD screenings along with general wellness exams. Trump’s proposal states that health care facilities receiving these funds would be barred from advising women on where to access abortion procedures.

Trump’s proposal would disproportionately affect low-income women of color who depend on the services provided by Title X funds. Although Trump claims that the proposal is made in humanitarian efforts, defending the lives of the unborn, the cruel and unnecessary suffering the rule would impart on women, makes clear the real catalyst for the proposal: an outward disdain for minorities, women, and the poor by Republican leaders.

According to Planned Parenthood’s Action Fund, “Black and African Americans make up 21 percent of Title X patients, and Hispanic and Latino patients make up 32 percent”. Threatening funds for places like Planned Parenthood and limiting the information they can provide to their patients will have a detrimental impact on all women’s health, but specifically targets communities of color. Since Trump continues to show a disregard for the lives of Black, Latina, and Hispanic people, the racist veil over this potential policy can be stripped away. Once again, the administration has targeted citizens already living in vulnerable conditions.

The potential impact of this proposal is well-known. One of the first actions taken by the administration was to reinstate a “global gag rule”. The global gag rule stops U.S. federal funding to international organizations that perform abortions or help women find where they can safely undergo the procedure. According to a February report by Casey Quackenbush of Time, in just one and a half years, this has had detrimental effects on women worldwide, with health clinics shutting down and unsafe abortion procedures on the rise.

If the United States leaves women to fend for themselves, the way it has to women across the globe, the result is not an end to abortion procedures but rather a rise in ones that could be life-threatening.

Perpetuating the anti-women propaganda of the Right, President Trump falsely claimed that taxpayers are “forced to subsidize the abortion industry”. However, although some abortion procedures are covered by private insurance, the vast majority of abortion costs are paid out of pocket by patients.

While some abortion procedures are covered by Medicaid, the nation’s jointly funded health care program for low-income citizens, the Hyde Amendment forbids the use of federal funds in abortion procedures except when the mother’s life is in danger or when rape or incest are a factor. Some states even refuse to meet this federal requirement, leaving women stuck in traumatic and unsafe situations.

While the relentless efforts of the administration to oppress women may feel overwhelming and hopeless, there are ways to fight against this unjust proposal. First, donations to institutions like Planned Parenthood are crucial at a time like this, when the government is working harder than ever to undermine their important work. Supporting these health care providers means also supporting the women who need their services the most.

Concerned citizens can also contact Alex Azar, the Secretary of Health and Human Services. Tell Azar that this policy is dangerous to women, that institutions like Planned Parenthood have the right to inform their patients, and that the patients, in turn, have the right to know all of the options available to them.

The Trump administration’s policy proposal is not only an attack on the autonomy and freedom of this nation’s women, but also one against their health and safety. To deny women the means to be informed about their body and the best way to take care of it is to also strip them of basic human dignity.

At the hands of this proposal, women across the nation will suffer unnecessary trauma and danger to their bodies, which begs the question: How “pro-life” can this president really be?

Disclaimer: The views and opinions expressed in this article are those of the author and/or student and do not necessarily reflect the official policy or position of United 4 Social Change Inc., its board members, or officers.
Tags:healthcarepro-choicewomenwomen's rights

Is It Right To Compare Refugee Internment At The U.S. Border To The Holocaust?

Delaney Gagnon is currently a student at Simmons College in Boston, Massachusetts. With a double major in journalism and political science, she hopes to one day work as a columnist for a newspaper. Delaney is passionate about researching social justice issues and their connection to the political process. She also enjoys writing for The Voice, the Simmons College student newspaper, and hanging out with her pup, Lucy. 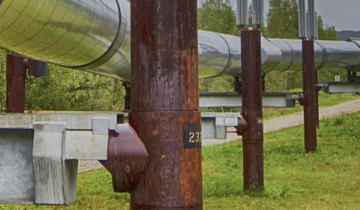