The Emergence of a Rare Zoonotic Disease

Recently in the Kozhikode and Malappuram districts of the Kerala state in South India, there was an abrupt emergence of the rare zoonotic disease caused by the Nipah virus. The viral outbreak was confirmed on May 20, 2018 and promptly dealt with by Indian authorities. Its effects can be summarized with at least 17 individuals confirmed dead and over 200 assumed to be sick with the virus[1]. Currently there are approximately 1,400 individuals who have been identified as having recent contact with an infected person. Those individuals are now being carefully monitored by the Kerala Department of Health and Family Welfare for the possibility of hosting the virus. While the outbreak appears to now be in a controlled state, this event might only be the start of a series of future pandemics in India.

The Nature Of Viruses

Generally, a virus can be described as a microscopic parasite that infects a living cell and exploits that cell’s machinery in order to replicate itself to create a viral population within the host. The general composition of a virus can be understood in two parts: its outer protein coat (capsid) and its genetic material.

What essentially makes a virus so deadly is the fact that, unlike bacterial infections that can be treated by antibiotics, it has no known cure. There are vaccines that can help our immune system recognize the protein coat of a specific virus and allow us to build a defense against it. But these protein coats can eventually change due to mutations. Even worse, there are certain viral species that simply cannot be treated by vaccination, such as HIV, Ebola, and the Nipah virus.

While the Nipah virus is not easily transmitted, it is still incredibly lethal with a mortality rate of 40-75% (depending on the strain of virus). Despite how uncommon transmission might be, a virus always has the potential to become more infectious if it achieves the right mutation [2][6].

There is no definite answer as to when or even if this virus will ever mutate to become a bigger problem but the mere idea of this possibility should still cause worry, especially when one considers that these appearances of zoonotic diseases may become more common.

These Outbreaks Are Not Random

Along the northwest and central areas of Bangladesh, the Nipah virus seems to make seasonal appearances in certain villages. These frequent emergences have led to the term “Nipah Belt” to describe an evident pattern of area infection. While there is no definite answer as to why these clustered outbreaks appear as they do, there is an understanding that a certain genus of bats, Pteropus, can carry then transmit the disease both directly to humans and indirectly through livestock. The main means of transmission is believed to be by human consumption of raw date palm sap contaminated by these bats [2].

When sap collectors leave open their containers overnight to collect oozing sap from trees, bats were recorded consuming the sap right from these open pots [2]. The natural reaction to this insight would be to simply remove the problem: the bats. However, such an option wouldn’t be practical because of their critical role in ecological stability. Instead, researchers are looking more closely at the reasons why these bats are foraging in family backyards within these regions. Maybe, rather than bats encroaching on human property, it would be better to consider that people may be invading wildlife territory.

While these bats are prominent throughout Bangladesh, cases of Nipah infections seems to be more prominent within the Nipah Belt. To most, it was a mystery as to why the presence of these bats was everywhere but only a few areas showed recurring instances of infection. In order to answer this question, researchers compared human population density against the forest density of areas throughout Bangladesh. They found that in areas having high human population densities, the corresponding forest density was noticeably lower. These noticeably diminished forest areas can be seen as a result of increased agriculture [3]. In these fragmented forests, bats are more likely to come into contact with humans or livestock in nearby villages, so the chances of infection “spill overs” from these bat populations are greater within these villages.

In locations outside the Nipah Belt, forest areas are denser due to smaller villages and less human intervention. Settings like these, where people and wildlife live separately, reduce the amount of opportunities for viruses to infect a human. By questioning why diseases become a problem in certain areas but not in others, we can begin to understand future disease risk as a result of “…humans changing the landscape in ways that create opportunities for human-wildlife interaction[2].”

In Bangladesh, where populations continue to grow to over 200 million by 2050 [3], and forest areas are becoming lost to land development, the likelihood of human contact with new zoonotic diseases will also increase. Social factors such as population density, industrialization, and overgrazing have reduced forest cover to about 19.5% [4], a sliver of its former reach. If these wild environments continue to rapidly disappear, bringing potential disease carriers closer to people, then I fear that there may be more viral outbreaks to come. Although, they might be resolved as smoothly as this one.

Of course, this problem is not something that can be simply resolved by a single solution. So with a problem that involves an entire population, I believe that any potential solution first begins with educating the public.

Because this particular problem can be directly linked to social factors, it introduces a public responsibility to be aware of how collective actions might be affecting their surroundings and ultimately threatening the future of both the environment and the health of following generations. This responsibility of having the necessary insight to make decisions in a positive direction would essentially allow people to consider taking simple steps to avoid contracting these emerging diseases. Education could simply start with informing sap collectors that their opened sap jars can be potentially contaminated by bats. Once convinced, these collectors would naturally want to cover their jars during collection. Such a simple action would greatly reduce occurrences of contracting a disease from raw sap consumption.

6. Singh, Maanvi. “Here’s What We Know about the Deadly Nipah Virus.” Science News, 25 May 2018, www.sciencenews.org/article/here-is-what-we-know-about-deadly-nipah-virus.

Disclaimer: The views and opinions expressed in this article are those of the author and/or student and do not necessarily reflect the official policy or position of United 4 Social Change Inc., its board members, or officers.
Tags:keralaNipahvirus

Smart Guns: A Smart Edition to the Debate About Gun Control 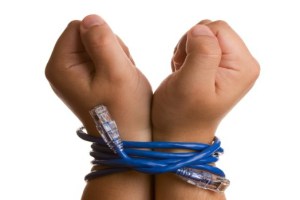 No! Me First: The Battle Over Net Neutrality