While this proposal has the potential to be disastrous for both parties and even more difficult to pass, what the proposal offers between the lines is a split that would heavily advantage Republicans – taking a state where there are fewer registered Republicans than independents and splitting it in such a way that would give Republicans the potential to win electoral majorities in two of the three new states. What Cal 3 is, whatever its intent, is effectively a gerrymander of monumental proportions – redrawing state lines to advantage a party on a partisan basis. Voters must reject it.

Gerrymandering is the political practice of redrawing electoral districts in such a way that advantages one party over the other. Both parties have implemented the tool in an egregious fashion.

Electoral districts exist to group voters with similar interests or demographics (mining towns, majority-minority districts, etc.) in order to provide them the best representation possible. The reason that party affiliation isn’t regarded as a legitimate grouping is that voters of the same party might have different interests. A Republican voter on the East side of a city might not care about a vote to repair a road that affects the commute of a Republican voter on the West side, for example.

Gerrymandering creates a system where parties and candidates choose their voters, rather than voters choosing their candidates, upsetting the necessary balance of representation that makes a healthy democracy.

The reason that using the lens of gerrymandering to analyze the upcoming ballot initiative makes sense is the demographic breakdown of California voters.

California is the most populous state in the union, housing some 39.5 million people. Breaking down those people purely by voting preference, recent party registration data shows that 44.4% of California’s 19 million registered voters favor Democrats, 25.5% state No-Party-Preference (NPP), and just 25.1% favor the Republican party. California is the only state in the union where NPP voters outnumber one of the major parties.

With those numbers broken down, it matters what the three new Californias would look like.

How This Bill Breaks Down

To start, the new California, which would encompass much of the coast, would be a reliable Democratic stronghold. Featuring the city of Los Angeles, California would be home to 12.3 million people.

Southern California, in turn, would be a swing state. Featuring San Diego, its population of 13.9 million saw 5 of 12 counties go for Trump in 2016, and had Southern California existed in 2012, it would have gone for Romney.

Northern California would be a state to watch. It’s difficult to tell which way it would go, as it features some of the most conservative towns in California alongside some of the most liberal and combines both California’s liberal High Tech and conservative Agriculture industries. The wealthy and liberal Bay Area may help push the state in Democratic favor, but it isn’t necessarily so clear-cut.

Why Is This Coming Up Now?

Why are some Californians supporting this bill?

Aside from the fact that polling data shows that only 17% of voters say they will vote to divide, support is pretty split.

It’s hard to know exactly what any specific person wants out of this bill, but it’s safe to assume that most are fed up with the government of California. Everything from infrastructure to its insufficient policies on homelessness have come under fire (rightfully so), and many more voters are flustered with the fact that Californian votes essentially don’t matter in national elections.

A Bad Way to Reject the Government

Despite voters’ numerous and valid concerns, Cal 3 would be a very poor way of rebuking the government.

Aside from the fact that the bill would be nearly impossible to pass, the bill threatens to split up the world’s fifth largest economy and dilute the voices of Californian voters even more.

Competitiveness may be a virtue in a democracy, but California isn’t politically competitive because its voters largely stand on the same ground. Carving up the state to allow for Republicans to have a chance in the state where they are the least deserving of one (recall that California is the only state in the union where NPP voters outnumber Republican voters) takes that goal of representative democracy and squanders it in poor fashion.

A Californian split might make sense in the future. After all, the state is huge and very diverse. Cal 3, however, is not the way to do it. Given the size of the state, and the vastly different interests of the North and South, it might make sense to look at splitting the state into Northern and Southern California. The move would take careful consideration of demographic lines, but it would potentially be worth it to allow Californians greater representation in their own state and in the national election.

Though a split might be possible, the process of rethinking California’s structure should be sensitive to the strong Democratic majority, and reward the party that the voters actually favor. It’s difficult to imagine a split that doesn’t disadvantage the Democrats on geographic lines, so it might be a while before a decision like this seems to make sense.

In the meantime, voters should be sure to avoid jumping the gun. Cal 3 could be disastrous for representative democracy in California. Voters should take it off the table.

Disclaimer: The views and opinions expressed in this article are those of the author and/or student and do not necessarily reflect the official policy or position of United 4 Social Change Inc., its board members, or officers.
Tags:Ballot InitiativeCal 3californiaCalifornian PoliticsGerrymandering 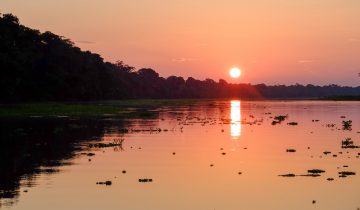