Putting A Round Peg In A Square Hole: The U.S Should Ban Conversion Therapy

Putting a round peg in a square hole, as the title states, is a very difficult thing to do. Almost no one can, without using brute force, manage to stick something round into something square, let alone make it cover the entire hole.  The two shapes are simply too different. One has four corners and is excellent for building houses, gardens, floor tiles, or anything else that needs all sides to be equal. The other has no sides whatsoever and is essential for The Wheel, one of humanity’s greatest achievements. But even now in the 21st century, metaphorically speaking, we continue to try to shove a round peg in a square hole and call the job done.  That is, we are still trying to change a group of people into something they’re not, despite it being against their neurological and physiological makeup. This is one of the many faults in the practice of Gay Conversion Therapy (GCT), or Reparative Therapy as its sometimes called, where therapists are trying to take LGBTQ+ people and make them straight using cruel and inhumane methods.

In a recent issue of Discover Magazine, author Melissa Lafsky describes one such method of conversion therapy known as “orgasmic reconditioning,” one of the most popular and disturbing techniques:

But the physical pain of the shock isn’t the only effect of undergoing GCT. According to an article by the Human Rights Campaign (HRC),  GCT causes a whole host of potential psychological problems for the “patient” such as a propensity for homelessness, depression, anxiety, drug use, and even suicide. Worst of all, GCT has affected LGBTQ+ minors the most, who are usually forced to participate in the therapy by their parents or guardian in hopes of “changing them.” It’s bad enough for a child to be disowned or to feel as though they have disappointed their parents for something they can’t control, but with the additional pressure of GCT, the child now has a third party enforcing the belief that they can indeed change if they wanted to.

But if GCT was really that bad, why do people still believe in it? To find out why Conversion Therapists continue to pursue their mission despite the many criticisms, let’s examine the website of reparative (conversion) therapist David Pickup. According to Mr. Pickup, men, in particular, develop homosexual feelings due to “Shame and bullying from primary male relationships during boyhood, which causes maleness to be a sense of struggle instead of something wonderful.” Besides being confusing, Mr. Pickup’s statement isn’t true for several reasons. First off, he points to child abuse as the cause of someone being LGBTQ+, which could be possible, except there’s no clear evidence in that direction. In an article by the US National Library of Medicine National Institutes of Health, there is no clear correlation between homosexuality and childhood maltreatment. The article states that although more LGBTQ+ individuals report abuse, this could be due to them being targeted by the abuser due to their sexuality, not the cause of their sexuality. It further emphasizes that, despite the studies, the correlation between being LGBTQ+ and child abuse is still widely unknown. This alone puts Mr. Pickup’s statement on shaky ground, since his entire argument relies largely on an unverified study.

Besides being cruel and inhumane, GCT has been proven to be ineffective, as described in an article in Live Science. In the article, a study conducted by the American Psychological Association (APA) between 1963 and 2007 found that subjects who experienced this therapy were never able to change their sexual orientation. Moreover, the study also revealed that “the therapy isn’t approved by any psychological organizations, there are no guidelines on how to conduct it, and no standard metrics of success.”

The Irony Of It All

Ironically, in an article by The Atlantic, it was found that many leading advocates of the therapy hadn’t even been “converted” themselves. For example, Ted Haggard, one of the most vocal opponents of LGBTQ+ rights and then president of the National Association of Evangelicals, was found to be having sex with a male prostitute after a failed attempt at conversion therapy.

Slow But Steady Ways To Progress

With all that has come out against GCT, one would think it would by now be a thing of the past. Unfortunately, as reported in The Washington Post, only seven states–California, Oregon, New Jersey, Illinois, Vermont, New Mexico, and New York, have laws against GCT and only these states, minus New York, outright ban it. If most Americans agree that GCT is wrong, why haven’t more states taken the initiative to abolish the practice?

However, there is hope. Now more than ever people have been accepting of individuals in the LGBTQ+ community and great strives have been made in giving them equal rights. The best thing to do now with regards to GCT is to make your voice heard. Attend a GSA (Gay-Straight Alliance or Gender Sexuality Alliance), Pride March, or any other event that helps to educate the public and mingle with members of the LGBTQ+ community. Also, be sure to write letters to government officials on LGBTQ+ matters and join groups such as the Human Rights Campaign, which actively works in support of LGBTQ+ rights. But most of all, just be an ally, because nothing is more powerful than friendship.

Disclaimer: The views and opinions expressed in this article are those of the author and/or student and do not necessarily reflect the official policy or position of United 4 Social Change Inc., its board members, or officers.
Tags:conversion therapyEvangelical christianitylgbtqlgbtq rights

Misunderstanding Immigration Law: Why Abolishing ICE Is A Step Too Far 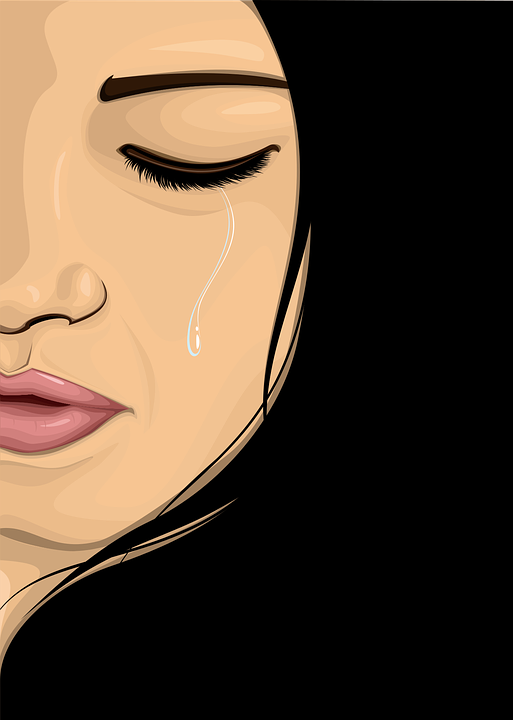 Robbing The Cradle: The Issues With The Current U.S. Immigration Policy