As a successful makeup mogul, Kat Von D has acquired almost seven million followers on Instagram, with her fanbase increasing as more and more people become familiar with her makeup line. One month ago, Kat Von D revealed to her fans that she intends to raise her child without vaccinations, which resulted in disappointed comments by her followers with the majority stating they would stop purchasing her products because of her decision. This public announcement has reintroduced the controversy over vaccinations, and judging by the backlash of her fans, it is clear that the majority feel vaccinations should be made a priority. Vaccinations have been made universal for a reason – they help prevent any illnesses that may cause harm, which is why Kat Von D should reconsider her choice and seek to care for the welfare of her child by ensuring s/he receives proper vaccinations.

Certain celebrities over the years have been notorious for being against vaccines, such as Jenny McCarthy and Jim Carrey, who join Kat Von D in their claims that they are not anti-vaccine, but simply against anything that may potentially harm their children. Though their arguments seem valid, McCarthy’s claim was rebuked by the American Academy of Pediatrics, who stated that there is no definite scientific proof to relate vaccines to autism, after McCarthy believed her son developed autism after receiving a vaccine. Carrey’s argument that vaccines have mercury also has been proven incorrect, as there is no mercury in vaccines nowadays. Vaccinations were initially created to combat diseases that may prove harmful for humans, and by not accepting this privilege, people become susceptible to illnesses that are vaccine-preventable, such as measles, mumps, and influenza. The inability of anti-vaccinators to accept vaccines as beneficial poses threats to the lives of their children; parents who decide not to rely on vaccinations are not comprehending that vaccine-preventable diseases could potentially be fatal. Looking back on past flu seasons, “85% of children who died after getting the flu had not been vaccinated.” Alivia Viellieux, a young child of the age of three, contracted the flu after her parents had made the decision not to have her obtain a flu shot. Soon after, she was found deceased as a result of influenza and pneumonia. This is just one tragic example of children who are at the mercy of their parents’ decisions; by not vaccinating their daughter, Alivia’s parents risked the possibility of her contracting the flu, but chose to forgo the vaccination anyway because they had been wrongly told the flu vaccine “wasn’t very effective.”

Though it is a parent’s decision to choose whether they wish to vaccinate their children, vaccinations should be a priority. Scientific advances have made vaccines possible, and with the current technology, vaccines have been improved upon and are beneficial to a person’s health. The repercussions of contracting a vaccine-preventable disease are far more costly than if you were to trust immunization and protect against illnesses. Vaccinations, after having been in effective use for such a long period of time, have begun to diminish certain illnesses, thus proving its reliability. Not to be repetitive, but vaccines save time AND money; by getting a vaccine to guard against an illness, the cost is marginally less than what it would be if you ended up contracting that disease and had to pay for the medical necessities to treat yourself. By ensuring that vaccines are a priority, the number of diseases plaguing our world will decrease, and the health of everyone will be protected against any fatal illnesses.

Kat Von D should use her platform to decide what is best for her child; the majority of her fans are disappointed with her stance, and she should consider what her followers are saying. Vaccines have since been regarded by medical professionals as “one of the greatest medical breakthroughs”, emphasizing how the effects of vaccinations are thought to be positive, and not harmful in any way. Preventing children from receiving vaccines is unethical, and in doing so could be a risk to a child’s welfare. As vaccinations have been available since the 1800s, they have been proven to be beneficial, otherwise scientists would stop producing them and the majority of society would not be in support of them.

Disclaimer: The views and opinions expressed in this article are those of the author and/or student and do not necessarily reflect the official policy or position of United 4 Social Change Inc., its board members, or officers.
Tags:anti-vaxsciencevacines

Environmental Awareness Will Begin at The Tip of a Straw 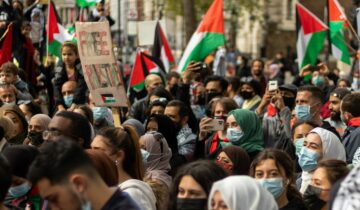