From the skies above, it’s almost a mystery. Down below, at eye-level, it’s clear just how dangerous these algae blooms truly are. While some point fingers at governmental negligence for Florida’s latest headlining story on the disseminating effects of Lake Okeechobee’s algae blooms, it is certainly a matter that needs to be resolved before it poisons Florida’s tourism industry.

A bird’s-eye perspective lends the algae which blankets the waters of Florida an almost glassy, geode-like quality. Or perhaps they’re more like an artist’s sullied palette—greens of all shades converge in organic, twisting lines like spilled paint. But it’s nothing to be admired. In fact, it’s an infestation which affects life even on a social scale.

Where Does It All Come From?

Lake Okeechobee, the largest lake in all of Florida, is the origin of the algae epidemic. This wellspring has suffered from eutrophication—namely, a surplus of phosphorous and nitrogen, which derives from fertilizer. This, coupled with sultry Southern weather and an overabundance of rain, spawned the algae. In turn, this virulent cocktail has leaked into the waterways of many residential areas by way of the Calosahatchee River. And while algae blooms appear in Lake Okeechobee at an annual rate, this year’s outbreak has been a cause for alarm.

While Disney World is most certainly one of the reasons people have for traveling to Florida, many opt to indulge in Lake Okeechobee’s natural beauty. The lake’s vile state has some fretting over tourism. And a decline in tourism, which is the cornerstone of Florida’s economy, could pave avenues of financial hardships for natives.

Environmentalists eye the algae bloom issue with woe. But the outbreak began with Hurricane Irma and its violent gales, which scientists insisted brought lake bottom-dwelling nutrients to the surface almost a year ago. Florida’s officials have been notorious for restricting funds toward helping to keep the state’s waters clean. Perhaps, if proper care and cash had been allocated toward the lake sooner, this epidemic would never have been bred in the first place.

But the effects of algae blooms extend far beyond the mundane. In fact, the EPA warns that they can generate toxins which induce sickness and even death to humans and animals, increase the cost of treatment for potable water, and “create dead zones” in water bodies.

A State of Emergency

While the matter of this year’s algae blooms might seem easily ignored at first glance due to its rate of annual recurrence, Rick Scott, governor of Florida, is not taking the issue lightly. In fact, on July 9th, noting the algae’s detriments to the environment, he declared Florida in a state of emergency. This order will permit the draining of water south of the lake; Scott’s act opposes the usual protocol of releasing water down the rivers which lead into the Atlantic and the Gulf of Mexico.

It’s no doubt that Florida’s waters are better off without the algae blooms, if not for the health of the environment, then for the health of the population and the economy. There are actions everyone can take to help prevent the growth of algae blooms. While a majority of the nitrogen and phosphorous—just two of the ingredients that make up the foul green brew—originates from cattle ranches, the average Floridian should reduce the fertilizer they use on residential land.

Also, the algae has the potential to be poisonous if ingested. Experts advice that if you happen to come into contact with the algae, you should wash it from your skin. And of course, keep pets a safe distance from the sludge.

Though action against the algae from officials is long overdue, acknowledgment—and well-placed fear—of the algae blooms is certainly an immense step toward ridding the waters of its poison.

Disclaimer: The views and opinions expressed in this article are those of the author and/or student and do not necessarily reflect the official policy or position of United 4 Social Change Inc., its board members, or officers.
Tags:Algae bloomFloridaLake Okeechobee

Youth Activism: Why the Young People Will Win 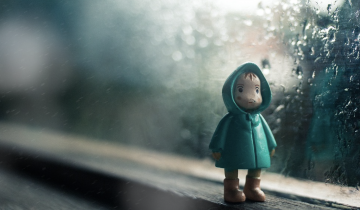 Mental Health Education in K-12 Schooling is an Essential Service