Have you ever wondered what happens when the news cameras turn away from an event? Does the disaster zone magically clean itself up after all the reporters have packed their bags? Unfortunately, in the case of Puerto Rico, this is for sure a no. Nearly a year after Hurricane Maria devastated the island, many of its citizens are still without power and lack the funding needed for recovery. This leads to yet another issue in the island’s recovery: Hurricane Maria’s body count. Many government officials consider the thousands of deaths after Maria to be “Non-hurricane related” since they died after the event took place. But, if hurricane Maria never occurred, would so many Puerto Ricans be in need of serious healthcare from such a broken system? It’s clear that despite the reduction in news coverage, Puerto Rico is still in dire need of help from the mainland, both with finances and finding the true death count.

According to an article by ABC News, the United States government set the Hurricane Maria death toll at 64, higher than its original count of 16 when President Trump came to visit. Because the perceived body count was so much lower for Maria than past hurricane disasters such as Katrina, the U.S. government lowered the amount of funding it gave Puerto Rico.

However, despite the relaxed tone set by the president on this issue, it is estimated that over 1,000 people died in the aftermath of Hurricane Maria. Unfortunately, the U.S. government is unwilling to count these deaths as “hurricane related” due to them occurring after the hurricane. This negatively affects Puerto Rico because the lower the number of fatalities, the less aid they will receive to help with their recovery. That being said, Puerto Rico’s initial death count of 64– versus the more recent and accurate estimated 1,400– prevents the island from receiving the government funding it needs.

Besides the U.S. government, forensic scientists trying to find Hurricane Maria’s death count have another element working against them: the literal elements of nature. As stated in an article by CNN, many of the bodies from Hurricane Maria have been buried or washed out to sea, making them impossible to find. Besides, even if the body is found, it is extremely difficult to get the cause of death to be “hurricane related” since, as quoted by Dr. Brian L. Peterson, President of the national Association of Medical Examiners:

“More to the point, ‘hurricane related’ may be more a matter of perception, anyway. Traumatic deaths are easier. Natural deaths are harder to accurately place in the ‘hurricane-related’ category as death from natural disease may occur at any time.”

In other words, the phrase “hurricane related” is somewhat relative. What one expert might call “hurricane related”, another might name the cause of death as “disease” or “suicide”. Even though they might not be directly related to the hurricane, disease and suicide are often side effects of traumas such as natural disasters.

But what caused the death toll to soar so high after Hurricane Maria? Well, according to an article by The Atlantic, the island was already suffering from a poor healthcare system, with leaky hospitals and a higher infant mortality rate than that of the mainland. All it took was one natural disaster to turn things from bad to worse. Now, doctors must perform surgeries in the dark, as much of the island is still without power, and a lot of the drinking water is polluted. Not only that, but the Puerto Rico also faces a major mental health crisis since citizens not only have to deal with the horrors of Maria, but the difficulty of grief and recovery from losing loved ones, too.

Thus far, according to an article by the New York Times, the United States government set aside about $4.8 billion to help Puerto Rico after Hurricane Maria. This may sound like a lot, but it is nothing compared to the amount the island actually needs, which is about $94.4 billion. In fact, the current allowance wouldn’t even fix the current power outage problem, which is estimated at about $17 billion.

But did other areas affected by natural disasters receive this much federal aid? Well, it turns out congress approved about $15 billion in disaster aid for Hurricanes Irma and Harvey. And Katrina? Congress first gave about $10 billion dollars in aid after Hurricane Katrina, and then another $50 billion later on.

It is time the Hurricane Maria disaster receives the serious attention it deserves. As a territory of the United States, Puerto Rico relies on us for protection. By not properly funding Puerto Rico’s relief efforts, we are sending a message to the rest of the world that some U.S. citizens are more important than others. This sure doesn’t look good for a country that prides itself on the premise, “all men are created equal.”

Federal disaster relief or not, Puerto Rico still needs help in its recovery. Luckily, a list provided by PBS shows all the different ways people like us can help the island. These include money and supply donations, as well as volunteering.

Even though all the TV video cameras have been shut off and news stations have been focused elsewhere, the people of Puerto Rico still need help. The current situation in Puerto Rico reminds me of an age-old philosophical question, “If a tree falls in the forest, and nobody is around to hear it, does it make a sound?” I say it does, as long as someone cares enough to listen.

Disclaimer: The views and opinions expressed in this article are those of the author and/or student and do not necessarily reflect the official policy or position of United 4 Social Change Inc., its board members, or officers.
Tags:healthcareHurricane MariaPuerto Rico 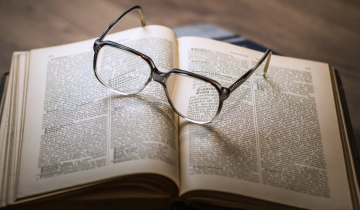