Locked Away: The Problem With Minimum Sentencing

According to the Bill of Rights, every American citizen is given the right to a fair and speedy trial. But what happens when the country becomes so wrapped up in the “War on Drugs” that these amendments become forgotten? Unfortunately, due to the implication of minimum sentencing laws, federal judges are only allowed to give a minimum sentence of fifteen years to those convicted of any drug crimes, no matter the circumstances. This means someone caught smoking marijuana or taking opioids runs the same risk as someone convicted of selling thousands of pounds of crack cocaine. Consequently, even if a judge believes fifteen years is too high of a price to pay for the crime committed, there is nothing he or she can do but give the minimum sentence.

One such case where the punishment clearly didn’t fit the crime was with that of Cindy Shank. A loving mother and wife, Cindy’s family means everything to her, as becomes evident in the documentary The Sentence.  So why was Cindy locked away? Six years before her initial arrest, Cindy’s then boyfriend, Alex, a known drug dealer, was murdered. Back then, Cindy went through the court process and was found innocent of murder, drug charges, illegal sales of drugs, and conspiring with the gang. Even after going to court and being found innocent, she was arrested anyway.

Why arrest her six years later? When asked this at a Q&A session after a viewing of film at the Traverse City Film Festival, Rudy Valdez, Cindy’s brother and director of the film, stated,

“There were only two people not convicted in the crimes Alex committed; Cindy and another man. During those six years, the police questioned those already in prison, saying that if they could give them any information on Cindy’s part in the crime, their sentences would be lessened. And, of course, they all of the sudden started remembering.”

Six years following the incident with Alex, after starting a new life for herself, Cindy Shank was arrested, charged with all her late boyfriend’s crimes of drug sales, murder, and possession of tons of illegal narcotics. She was sentenced to a minimum of fifteen years in federal prison.

Like Cindy Shank, people across the United States are being subjected to minimum sentencing laws, causing another serious problem: prison overpopulation. A graph showing criminal justice facts on The Sentencing Project identifies the United States to have the highest incarceration rate of any nation at over 600,000 inmates, 200,000 more than Rwanda, the next leader in incarceration.  This massive number of inmates was caused by two events; a rise in arrests and a lengthening in sentences, both side effects of minimum sentencing laws.  Another graph on The Sentencing Project shows the significant jump in the number of arrests between 1980 and 2016, with state prisons making the highest jump from 19,000 inmates in 1980 to 197,200 in 2016.  As for the lengths of time inmates are serving, only 34,000 inmates were serving life sentences in 1984, compared to 161,957 in 2016.

One might assume that due to the sharp increase in arrests since the eighties, crime rates must also be higher. However, as shown in an article by the Public Broadcasting Station (PBS), this is not the case.  Instead, crime rates have dropped to 110.7 property damage crimes per 1,000 households and less than 100 violent crimes per 1,000 households in 2014. Is this drop in crime due to harsher minimum sentencing laws? The truth is, no. The harshest minimum sentencing laws were passed in the 1990s, years after they’d already fallen dramatically since their height in the 70s. However, one thing that has not changed is the public’s fear of crime, with nearly 70% of Americans afraid of violent crime today. This fear has not been helped by politicians on both sides, who have found that raising the public’s fear of crime leads to higher poll numbers and more votes.

Even though politicians may be calling for more minimum sentencing laws, federal judges such as Judge Mark Bennett of Iowa, strongly disagree with them. In an interview with National Public Radio (NPR), Judge Bennett states that he believes nearly 80% of the minimum sentencing charges are unfair. One example Judge Bennett brings to light is minimum sentencing laws try to treat all drug crimes the same, when in fact they are all different. For example, someone buying and trading drugs to soothe their addiction should be sent to rehab–instead of prison, like someone who is selling drugs for profit. A federal judge, using his or her own discretion, would take this into consideration, along with whether or not the individual acted violently in any way, into consideration. Minimum sentencing laws do not.

But not everyone agrees that minimum sentencing laws are all that bad. According to an article by The Heritage Foundation, minimum sentences ensure that all people convicted of the same crime are charged equally. This also prevents individuals outside of the public eye, such as parole officers, from making any decisions regarding a sentence. This may sound reasonable, but, as stated by Judge Bennett, not all drug crimes are equal. If we treat all drug crimes the same, we run the risk of charging someone in need of rehabilitation, such as an opioid addict, with the same sentence as big-time drug dealer like El Chapo.

Back in Traverse City, another important question was asked of Cindy and her family at the Film Festival; what can we do to help prevent minimum sentencing laws? In response to that, they replied, “Vote-but make sure you know who you’re voting for. Research your candidate’s beliefs and see where they stand on laws such as minimum sentencing. That is the best way to make change.”  So this November, let’s take their advice by being informed voters, and hopefully we can keep harmless Americans like Cindy Shank out of our prisons.

Disclaimer: The views and opinions expressed in this article are those of the author and/or student and do not necessarily reflect the official policy or position of United 4 Social Change Inc., its board members, or officers.
Tags:criminal justice systemMinimum Sentencing 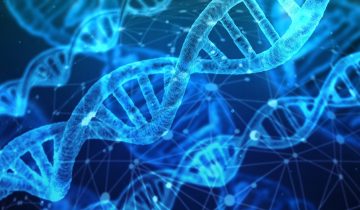