Education Is Important, Regardless Of The Demographic

For my whole life I attended one of the best public schools in the state. I grew up in a school where I didn’t have to worry about my safety. I always had access to laptops and school supplies. I never had to think about money or lack thereof. Sadly, many children across the nation cannot say the same. America prides itself on quality education but children in the metropolitan areas are robbed of decent schools and educations. Just because kids may not be wealthy and their homes may not be safe doesn’t mean they don’t deserve to learn. The value of the education in inner city schools is undoubtedly negligent. We can no longer disregard a large portion of America’s youth due to their income level. Inner-city schools are notorious for high dropout rates and poor test scores, but this is not the kids’ faults; these schools are underfunded, have under-prepared teaching staffs, and high crime rates working against the students’ success and something needs to change.

Unequal funding between suburban schools and urban schools are a large part of the issue. Without money directed to schools, there are no quality textbooks, technology, teachers, or resources. This becomes what should be an avoidable handicap on the students’ educations. Under the Obama administration, reformers emphasized standardized testing to push equality among all public schools. During the Obama presidency, the Every Student Succeeds Act (ESSA) was passed, ensuring equal opportunities for all. Under the Trump administration, much of the education reform worked on in the four years prior was scrapped. The ESSA was repealed. The Obama-era regulations that required states to judge teacher-preparation organizations were removed. It is clear that today, under our current president, education has been put on a back-burner. High poverty locations, such as cities, have lower property values, leading to less tax collected. This means that less money is directed towards the schools in the area. It is a vicious cycle that can only be broken by quality education, something that requires adequate funding.

Education Is As Good As The Teacher

A student’s knowledge can only be as good as the person who gave it to them. Teachers are an optimal part of education and those of metropolitan schools are often times not equipped to do their job. They are prepared for easy-to-control, well endowed students- not ones whose personal sufferings cloud their educations. Once teachers gain teaching experience, they switch to better jobs in more affluent places, making it hard for city schools to build a strong teaching staff. They constantly look to leave these poor school districts because they are underpaid and underappreciated there. They get so frustrated with the circumstances that they leave. According to an educator at a NYC high school, two weeks into the job, he was crying due to the mistreatment by the students. Teachers need to be specially equipped to handle the demographic of inner city students. Teachers who can handle the hardships of troubled kids that come from bad homes would be able to thrive in an inner-city teaching environment, but sadly not many teachers can. However, this is something that we can change. For a large portion of metropolitan students, education isn’t first priority; it’s money, food, and shelter, basic necessities we all take for granted. The quality of teachers at inner city schools plays a large role in the issues surrounding education equality.

Cities tend to have more crime and violence than suburban areas and often times, this crime spills into inner city schools. The recently emerged school shooting culture has instilled a fear in all of us, but this fear has always been present in inner-city students. Imagine the horror of walking into school – a place that is supposed to be our safe haven for learning – and hearing about the latest stabbing or shooting. This is a daily concern for many kids in urban areas. The stress over safety distracts from the true purpose of school – education. Students fear for their lives and teachers focus on reprimanding bad behavior rather than educating. School and education require putting trust into the system. How can children trust anything when they’re constantly worried about their safety? Attending schools with higher crime rates makes children wary of their peers, teachers, and advisors, which are all vital for a proper education.

How Do We Fix This?

How do we fix this? Well, we can start by doing the bare minimum of increasing funding towards schools in impoverished metropolitan areas. We should bring back some of Obama’s policies such as the ESSA and investing more money into developmental programs and technology in schools, as well as introduce new bills that promote equal learning opportunities. We need to begin allocating more resources to better pay teachers in city school districts so there isn’t constant turnover in these schools.

We must train teachers on how to handle inner-city students so they aren’t scared away by the attitude. Safety measures need to be put in place. Until very recently, my rich, suburban school was always unlocked for any stranger to come through at any hour. This is a horrifying thought and it must be much more threatening for city students. We can institute bag checks and metal detectors to scan for weaponry. A reform policy should be launched so students can be mentored and rehabilitated rather than expelled and written off. There are tons of things we can do to fix the giant issue facing inner city schools; we just need to begin.

Disclaimer: The views and opinions expressed in this article are those of the author and/or student and do not necessarily reflect the official policy or position of United 4 Social Change Inc., its board members, or officers.
Tags:inner-city educationteachingviolence in schools 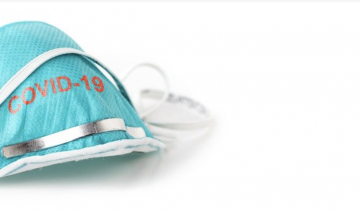