The Truth Behind Tesla

Tesla is a Silicon Valley based car company, founded in 2003. It’s CEO, Elon Musk, also founded SpaceX, a rocket and spacecraft company. Tesla’s main focus is producing electric cars, which are powered by a powerful battery. The batteries are rechargeable, and according to Business Insider, “when fully charged, the Model S has 270 miles of range”. Despite their steep price (about $70,000), Teslas have been all the rage for quite some time now. Proponents of the Tesla often cite its electric charging in regards to regular gas-powered cars. However, when Tesla owners plug in for the night, where does the power come from? In the majority of cases, it will be none other than coal-fired power plants. Is a Tesla less or more harmful than a conventional car?

More than 1/3 of the lifetime CO2 emissions from electric cars comes from the energy used to produce the car itself. Teslas use a lithium battery, and the intensive mining for lithium is harmful to our environment. As soon as an electric car exits the factory, it has already been responsible for 25,000 lbs of CO2. Meanwhile, a conventional gas powered car only emits 16,000 lbs of CO2 from production, substantially less than a Tesla. But keep in mind that the fracking, drilling, and spilling associated with the search for oil is especially harmful.

Tesla’s lifetime CO2 emissions reach about 44 metric tons. That figure includes production, electricity consumption, and scrapping. A comparable model, an Audi A7 Quattro, emits just 3 to 5 metric tons more. At its core, electric cars are truly coal-powered cars. Since the Tesla produces slightly less CO2 than a traditional car, the speculation is that they are better for the environment. But is that true?

Is a Tesla Better?

It really depends on the situation. If you were living in Europe, where coal burning plants are not the main source of power, you would be getting your car’s electricity from a green source, such as a nuclear plant. That is a case in which a Tesla would be more ecological than a gas-powered car. However, if you decide to sell or get rid of your current, functional gas car in favor of a Tesla, you aren’t doing our planet any favors. If you are someone who is concerned with their carbon footprint, drive your current car as long as possible before buying a shiny new Tesla. Purchasing a new car too often increases the amount of CO2 emissions due to increased factory production. Additionally, you can reduce the amount you drive, buy a used electric car once your current car breaks down, or best of all, take public transportation!

Both gas and electric cars have flaws. Gas cars may emit less CO2 during production, but the oil drilling can be more detrimental to the environment. Electric cars are not completely green miracles as their proponents like to say, but they could be potentially better than a conventional car. Before you purchase any car, consult the government’s fuel economy information source to research the environmental effects of purchasing a certain car.

Disclaimer: The views and opinions expressed in this article are those of the author and/or student and do not necessarily reflect the official policy or position of United 4 Social Change Inc., its board members, or officers.
Tags:CO2 emissionselectric carsTesla

Social Media, Perspective Taking, And The Lack Of Meaningful Conversation 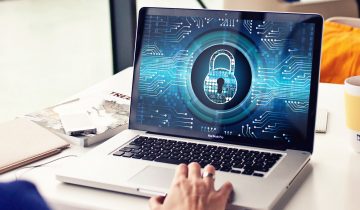