In a huge victory for lovers of justice all over the country, California has passed a sweeping reform bill that abolishes cash bail. Cash bail is the system that requires a deposit of money from criminal defendants to guarantee that they will return to court if they want to be released from jail while their case is pending. This system acts as a detriment to poor defendants who cannot afford a bail that is twice their annual income. By passing bail reform, California ensures that the public’s safety is prioritized over the privileged. To this day, the discrepancy between what justice looks like between poor and rich offenders remains large. Our nation needs to follow California’s lead and pass bail reform that moves away from cash bail and treats defendants fairly and equally regardless of their income.

The Story of Kalief Browder

Many people wonder why cash bail should be abolished but to the victims of the system, it couldn’t be clearer. Kalief Browder was one of those victims. Kalief Browder was a sixteen-year-old young man from New York who was arrested on charges for allegedly robbing a backpack. His criminal record, however, allowed the judge to set bail at $3,000, which his family could not reasonably pay and as result, Browder was sent to Rikers Island, where he suffered under harsh conditions for three years. While the charges were dismissed, Browder suffered from post-traumatic stress disorder until his suicide at the age of twenty-two. It is clear that the system failed Mr. Browder and in states where cash bail still exists, it’s still failing Americans.

How Our Bail System is Broken

The words “Equal Justice Under Law” are written on our Supreme Court building. Cash bail systems fail to deliver just that. Justice should not be determined by wealth nor by social connections. Furthermore, our national bail system is discriminatory and wasteful. According to Nick Wing from the Huffington Post, “Of the nearly 750,000 inmates confined in jails around the U.S. at any time, between 60 and 70 percent haven’t been convicted. They are legally innocent.” It is common sense that excessive bail disproportionately harms people from low income communities and communities of color, considering that these groups often have the least amount in savings. According to the US Supreme Court ruling in Bearden versus Georgia, the Constitution prohibits “punishing a person for his poverty,” and the Eighth Amendment to the Constitution explicitly prohibits excessive bail. Nine out of ten defendants who are detained cannot afford to post bail even though most high-risk defendants flee because they were able to afford their bail. Minority defendants are more likely to be detained before trial and less likely to be able to post bail compared with similarly situated white defendants. Cash bail also wastes taxpayer dollars which is very counterproductive considering that people awaiting trial cost roughly $38 million every day even though a large majority are nonviolent defendants.

Now, to abolish the cash bail system and lead to systematic reform, people need to apply multiple points of pressure. In California, the bail system will follow New Jersey’s lead and allow a judge to consult an algorithm, a mathematical formula, to determine whether someone is likely to return to court for trial or get arrested again. Some groups like the ACLU have said that this practice may become discriminatory if not regulated properly. Giving judges more power comes at a cost and in the case of bail reform, it may be more bias.

It’s important to propose change at the state level as well as nationwide. Make sure to call your local legislature to follow California’s lead. Find out who your state assembly member is and call to express your support for bail reform. At the national level, feel free to call your Senator to pass the Pretrial Integrity and Safety Act to encourage states to reform or replace the bail system. This bill, which was proposed by Sen. Rand Paul and Sen. Kamala Harris encourages the end of cash bail and promotes practices that remind nonviolent defendants to show up to their trial. Be sure to also vote for bail reform at the ballot box by voting in legislators that support criminal justice reform which includes bail reform.

Disclaimer: The views and opinions expressed in this article are those of the author and/or student and do not necessarily reflect the official policy or position of United 4 Social Change Inc., its board members, or officers.
Tags:bail reformcriminal justice systemKalief Browder

Mollie Tibbett’s Death: Not An Opportunity To Advance Political Views 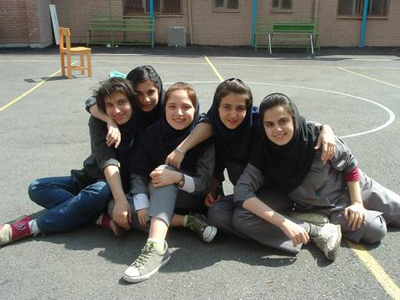 Educated Women in Iran Are Not As Rare As You Think