Medicine is a highly coveted profession. It’s one of the most highly paid, highly demanded, and highly trained. It is also one of the hardest to gain due to the difficulty of schooling and the ridiculous education expenses. People who somehow make it through the rigor of med school often pursue higher paying careers like surgeons rather than pediatricians. This has created a deficit in the amount of family doctors we have, and many hospitals have been closed. Recently, however, New York University announced that they are providing free tuition for their future medical students. This completely unheard of and phenomenal feat will benefit so many people pursuing the dream of being a doctor. NYU’s immensely generous plan will generate greater diversity among the medical profession and prompt doctors to work more for the general good rather than their own monetary benefit.

Why Is Med School So Expensive?

Why is medical school so expensive anyway? Demand is high. Everyone wants to be a doctor. This seems contradictory because so few people can actually afford to put themselves through medical school, but it is the harsh reality. The national average applicant to accepted ratio among med schools is 16 to one. Out of every 16 students that apply, only one gets in. This crazy competition drives up the price because facilities are improved to attract the best students. Every medical school wants the best and brightest, so they spend money on attracting them. Every student wants the best education, so they are drawn to the nicest labs and premier professors. According to the Association of American Medical Colleges (AAMC), the average cost for public medical school was $60,945 per year and $82,278 for private medical school in 2017. That is obviously an absurd amount of money to pay, as it is enough to keep a family of four alive for a year. The exorbitant cost of medical school will inevitably leave students drowning in debt unless schools follow in NYU’s footsteps by reforming tuition.

NYU’s proposition is full tuition coverage for current and future med students regardless of need. Obviously, there is the condition that the students must maintain a minimum GPA, but it is still an incredibly generous plan. Because of crippling debt, med students aspire to enter more lucrative fields. This is creating a lack of family medicine practitioners, which is causing many hospitals to close down. NYU’s plan will promote the necessary but lesser paid fields of family medicine by enabling students to graduate with minimal debt. For the 2018-2019 academic year, each student will receive $55,018 in tuition coverage. The cost after the scholarship is approximately $27,000 rather than the $82,000 it would have been. Because of this, NYU is now the only top ranked med school to offer full tuition scholarships to all students. This is a way for graduates of NYU to avoid facing overwhelming financial debt as many post grad students do.

The most significant benefit of NYU’s plan is decreased debt for students. Debt is an incredibly scary thing and often drives students to avoid med school despite wanting to attend. Without this fear, students can attend school, focus on their educations, and become the best doctors.

A secondary, but also incredibly important benefit is the anticipated increase in pediatricians and physicians this plan will cause. More students will become physicians and family doctors rather than highly paid surgeons because they won’t be focused on making money to pay off their loans. They will, hopefully, want to fill the positions of need in America. Family medicine is a dwindling field but the demand for it is increasing. Rural areas are particularly in need of physicians. 87 hospitals have closed in the last few years due to the lack of doctors. NYU’s plan will fix this pressing issue by incentivizing doctors to work for social good rather than monetary benefit.

Free tuition will also increase diversity among doctors. According to the AAMC, out of 90,000 medical students last year, 52 percent of them identified as white, 21 percent as Asian, 8 percent as mixed race, 7 percent as African-American, and 6 percent as Hispanic. Once the monetary roadblock is off the table, more minorities will enter the medical profession. Free medical school tuition has benefits that reach beyond just the students.

NYU has taken a big step and other medical schools should follow suit. In the past, Columbia University has announced a 250 million dollar fund towards med school tuition coverage while UCLA proposed a 100 million dollar fund, but this is simply not enough. Although these schools’ efforts are generous, NYU has raised the bar. More needs to be done to reduce the massive amount of debt that plagues fresh med school graduates. Money comes in through grants, fundraising, and donations from alumni. This will lead to many of the benefits outlined in the previous paragraph and most importantly, a better educated, more eager workforce because students would be focused on their studies rather than money. New York University, one of the best schools in the nation, has become even better and more supportive of their students. Thus, more must be done elsewhere so that more deserving people can reap the benefits of free tuition.

Disclaimer: The views and opinions expressed in this article are those of the author and/or student and do not necessarily reflect the official policy or position of United 4 Social Change Inc., its board members, or officers.
Tags:free tutionmedical schoolNYUstudent debt 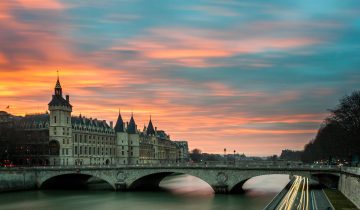