Humans’ Experiments on Animals: The Inhumanity

With the new influx of statistics recently released regarding animal testing in the UK, it has many wondering—what can be done to bring these experiments to an end? Some claim that because these experiments are forged in the name of science, the practice is valid, but a counterpoint arises as a result: given the advantages of modern technology, these inhumane experiments should be terminated. And with high costs, the added security of current government safety regulations, and a pointlessly-long history of animal torture, there is more than enough reason to eliminate animal testing—for good.

Imagine living out your days in a dark, cramped cell. Imagine confusion, terror, and pain. Imagine giving your body to callous strangers until, piece by piece, experiment by experiment, there is nothing of you left. But this is no imagination. This is the life of an experimented animal. This is reality.

While there has been a considerable decline in general animal testing during the past decade, experiments conducted on horses have experienced a troubling increase. The experiments, which involved collecting blood for diagnostic commodities, provoke a haunting image—thousands of horses drained of blood for the sake of human greed. The chairman of the Royal Society of Biology, Professor Dominic Wells, reports a disturbing fact: that the horses are “used as essentially blood donors.” And these horses aren’t alone. In fact, researchers abused mice, fish, rats, cats, dogs, and non-human primates in one percent of last year’s experiments, indicating just how widespread this practice truly is.

To truly gauge the horrors of modern animal testing, it is imperative to peer back into the past and uncover the shadowy truth of animal experimentation.

Perhaps shockingly, 75 of the awarded 98 Physiology or Medical Nobel Prizes stood on the backs of tortured, experimented animals. And these awards were not so long-ago awarded as to be forgotten today. In fact, the most recent Nobel Prize tinkered with the brains of primates and was given in 1981, less than forty years ago.

In the UK, animal experiments can be traced back to as early as the 1600s—and the practice only grew over the centuries. Public outcry, along with the Medicines Act of 1968, opened the floodgates for animal use in safety testing after the Thalidomide travesty in which a faulty drug resulted in deformed and stunted limbs of countless children. While this untested drug incident might lead some to rally for continued animal testing in the contemporary age, their cries are irrelevant and outdated; due to the rise of governmental regulations, safety has increased. Animal testing just isn’t necessary anymore.

While the Animals (Scientific Procedures) Act and EU Directive 2010/63, “which mitigates the use of animals used for scientific purposes,” have been passed in the United Kingdom in 1986 and 2010, respectively, animal experiments still persist.

Cruelty Comes At A Cost

If not for the sake of the animals, there is another tantamount reason to consider banning animal experimentation: the monetary cost.

Humane Society International argues that some experiments performed on animals can take quite a length of time to create, administer, and evaluate—months, or even years. This generates immense costs. “Computer modeling techniques are lightning-fast,” Humane Society International claims, and can be conducted at “a much lower cost than animal tests.” Take, for example, shocking information that appears on HSI’s provided data chart: a study test of phototoxicity performed on rats comes to a steep $11,500, while an in-vitro test comes to merely $1,300. Such is the case of vast discrepancies across the board—and, perhaps more likely than not, in other studies outside of HSI’s research.

While some profound results have appeared from animal experiments, with the rise of modern technology, aren’t these experiments, then, virtually obsolete? If this is the case, experiments could be conducted artificially and at a much cheaper rate.

What Can Be Done?

There is hope for these animals, and that hope lies, perhaps ironically, in humans. Everyday people can become advocates, voices for those whose voices have been silenced. Social media—Twitter, Facebook, Instagram—is an ideal place to start. With millions and millions of Internet users, news has the opportunity to reach just about everyone.

Perhaps a more direct route, however, is an organization called Mercy for Animals. While they offer insight into animal cruelty, if the job title of Undercover Investigator, a taxing but rewarding position that helps animals who are victims of cruelty, appeals to you, an application is available on their website. But for those who simply wish to become donators or work as volunteers, such roles are available, too.

Disclaimer: The views and opinions expressed in this article are those of the author and/or student and do not necessarily reflect the official policy or position of United 4 Social Change Inc., its board members, or officers.
Tags:animal crueltyanimal rightsanimal testing 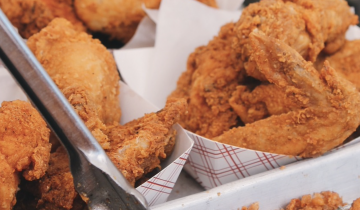