The recent conflict regarding the banning of Serena Williams’ catsuit from the French Open calls to mind many famous athletes who wore controversial attire with few consequences imposed against them. The sportswear industry has evolved into a high-tech advertising marketing mechanism with professional athletes premiering the latest sportswear and its fashionable technology. It appears that some professional sports organizations are unwilling to allow their athletes to benefit from the cutting edge developments in favor of longstanding traditions. Professional sports organizations and federations should recognize, accept, and adjust regulations to accommodate functionality of all sport fashions.

Serena Williams is certainly not the first athlete to start controversy over a fashion ensemble. There are several other notable athletes that helped start the trend with their fashion statements: Florence Griffith Joyner wore four-inch nails and one-legged track suits. Sonya Richard Ross wore gold Channel CC earrings to match her Olympic gold medal she won in the 400-meter track competition. Ryan Lochte flashed a diamond and ruby encrusted American flag grill after he received his Olympic gold medal for the 400-meter individual medley. Ezekiel Elliot is remembered for his half shirt style when he played for Ohio State and at the 2016 NFL draft pick. Finally, let us not forget to mention Dennis Rodman’s bad boy expression of multi-colored hairdos, tattoos, piercings, and the infamous wedding dress stunt. These fashion statements were a combination of function and personal expression of style that did not seem to bother fans or violate organizational rules.

Athletic attire is usually engineered under the categories of function, reactive, and smart. Function describes athletic attire items with different purposes for monitoring health and performance data. Reactive describes the materials used in athletic attire that move moisture away from the body, regulate body temperature, and increase muscle output through compression. Smart attire describes items that monitor performance information of cadence, ground contact time, and stride length. Athletic attire with any of these attributes are worn for the protection of the athlete’s health-not to start trends. Serena Williams’ catsuit fits these categories, as it was specifically designed for recovery purposes and to move moisture away from the body, which are typical reactive attributes of modern athletic wear. Since these types of athletic attire are often engineered to support athletes and protect their health, judges should focus on the players’ gameplay, not whether their attire conforms to the rules.

The athletic attire industry is driven by direct and indirect promotions of professional athletes. Through television commercials, social media channels, uniform emblems, and the garments themselves, the athletes inadvertently become advertising models for the athletic attire industry. Advertising is not the only function of a professional athlete’s endorsement of an athletic brand. Collegiate sports organizations used to have strict dress codes for team uniforms. Colleges and universities relaxed the rules considerably once they learned that the updated athletic attire innovations and the sleek designs of collegiate uniforms and gear also play a role in recruiting new athletes who wish to wear specific uniform design combinations during the season. Since even colleges and universities recognize and appreciate the value of athletic attire innovations, professional sports organizations and federations should too.

The following examples of inconsistent attire regulations signal that a change towards consistent dress codes is needed in all professional sectors.

The organizations with overly strict, limited, or ambiguous specifications for appropriate attire are Wimbledon, in which participants must wear white to camouflage the appearance of sweat stains that may be seen in colored attire and the US Open, where players only have to worry about the rule regarding clothing malfunction. Clothing seems to be regarded as gear and problems with functioning gear causes delays in the game. French Open-Players are allowed breaks to change attire, but nothing is noted about what attire respects the sport and the location of the tournament.

Then, there are organizations with clear dress code regulations, such as the Professional Golf Association and country clubs, which have specific rules regarding attire for both men and women. Functional clothing is permitted as long as the appearance and specifications adhere to the rules.

Other athletic organizations with clear rules are pro bowling associations that also have specific dress code for men and women. The sport is played indoors, so most of the high tech athletic clothing innovations are not needed. However, a professional appearance is still expected of bowling league members. Another example, aquatic clubs, allows individual swimmers and swim teams to wear pre-approved high tech swimwear during competition. Policies regarding street clothing worn by volunteers prohibit the depiction of provocative or political content. The enforcement of the rules is left to the coaches, not the organizations.

Manufacturers of athletic innovations should first have sporting organizations approve of their innovative gear and before offering them to professional athletes; this would help avoid conflicts between athletes and organization committees when the garments are worn during high stake competitive events. Items that do not confirm to current regulations can be adjusted before the manufacturing companies offer them to the public.

Custom made articles such as Serena’s catsuit should also be discussed with sporting federations prior to significant events to develop transparency of the garment’s health benefits and preventative features that can deter adverse health conditions during gameplay.

Widespread rule changes usually stem from amateur and collegiate levels. Policy changes implemented in these sporting organizations levels should be reflected in all sectors, particularly in the professional realm. Colleges and universities recognize and appreciate athletic attire innovations.

The National Basketball Association (NBA) has organized a long-term plan to gradually introduce new styles in accordance to the Association’s Style Guide and agreement with Nike. It is possible for other sporting federations and organizations to do the same without losing fans, revenue, or long standing traditions of the sport.

The gradual shift towards function as opposed to fashion is a lucrative influence for fans, athletes, and sports organizations. Players wearing the latest attire innovations already earn sizable incomes. Consistent organization rules should protect players instead of traditions. Professional athletes would rather make sure they can continue to play than to worry about outdated regulations protecting the traditions and reputations of sport organizations.

Disclaimer: The views and opinions expressed in this article are those of the author and/or student and do not necessarily reflect the official policy or position of United 4 Social Change Inc., its board members, or officers.
Tags:Athletic attireAthletic attire regulationsSerena Williams

Humans' Experiments on Animals: The Inhumanity 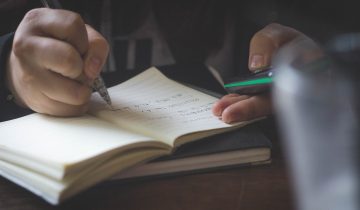