Among every culture there is a stigma surrounding sexuality. Or at least surrounding sexuality that isn’t heteronormative. The LGBTQ+ community, even in the most liberal nations, is oppressed for simply being who they are under the defense of God or natural reproduction. Now imagine how this important, but maltreated group of people feel in one of the most orthodox countries in the world. India has a very traditional, conservative culture which frowns upon homosexuality so intensely that homosexual relations have been illegal for over one hundred years; recently, this shackle has been removed creating a sense of hope and freedom among India’s LGBTQ community, but they are still a long way from equality.

India is socially very conservative. Just one example of this is the way women are treated. In India the belief, even today, is that women are to be submissive. They are to dress conservatively and act quietly and I have experienced this social stigma firsthand. My parents are both from India, but I was born and raised in the United States, so I have adopted more of a liberal, western way of life. However, when I am in India, I am told to not wear shorts or sleeveless shirts, or mention any inflammatory topics. I have to put up many boundaries to fit into the conservatism. It stems from the Hindu religion which favors men to women. It also frowns upon homosexuality, as most religions do. India is a very pious nation, and this makes it very hard for homosexual people to act freely.

Section 337 of the Indian penal code outlaws relations between homosexual people in India. It first came into force in 1862 and states, “Whoever voluntarily has carnal intercourse against the order of nature with any man, woman or animal, shall be punished with imprisonment for life.” In 2009 it finally occurred to the Delhi High Court that 337 was immoral and it was decriminalized. In 2013, however, the supreme court chose to re-criminalize it, reinstating the constitutionality of Section 337. Many people wanted it outlawed, but sadly too many people considered homosexuality a “deviant behavior.” In September 2018, five Supreme Court judges once again decriminalized Section 337. A law that wreaked havoc on the Indian LGBTQ+ community for over 150 years was put to rest.

Outrage Over The Oppression

Such an inhumane act of oppression will no doubt cause some outrage. According to the National Record Bureau, more than 2,100 cases were registered under the law in 2016 alone. Over 2,100 people reprimanded for following their natural instincts. Arif Jafar, one of the petitioners of the law, was arrested in 2001 under the law and spent 49 days in jail. He was beaten and humiliated every single day for his sexuality. It is dehumanizing and cruel. Justice Chandrachud, writer of the main judgement in the case, says “Equality demands that the sexual orientation of each individual society must be protected on an even platform.” LGBTQ people have tolerated the attacks, feared the discrimination, faced rejection from their families all for something that is uncontrollable and perfectly normal. It is time they receive equal rights, even in a society as traditional as India’s.

After the verdict was delivered, India’s LGBTQ+ community rejoiced. In front of the court, homosexual couples openly showed affection without fear. This was only a small step to true equality though. For total equality, India, as a whole, must become more open-minded and respectful of its own people. Decriminalizing consensual intercourse is hardly total equality. What comes next is releasing all the prejudices that hold the nation back, then marriage equality. The decriminalization of Section 337 is a small step but it will have a large impact. It is not only positively impacting the LGBTQ+ community, but it is also the start of tearing down the conservative wall that hurts so many people in the nation. The battle hasn’t ended, but it can be won.

Disclaimer: The views and opinions expressed in this article are those of the author and/or student and do not necessarily reflect the official policy or position of United 4 Social Change Inc., its board members, or officers.
Tags:decriminalizing homosexualityindialgbtq rights 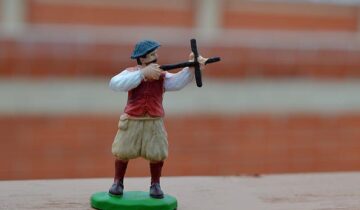