When people hear the words, “Just Do It,” their minds instantly think of Nike. Nike’s Just Do It campaign is very popular and one of the company’s most important promotions. This year, Nike announced Colin Kaepernick as the face of their campaign, largely because he took a knee in order to protest police brutality. Although Nike rightfully supported Colin Kaepernick, people should not glorify Nike because by using him for publicity, the company is co-opting a movement simply for profit.

The Backlash and the Success

By announcing Kaepernick as the face of their “Just Do It Campaign,” Nike has raked in large profits due to their marketing. Many people have observed this genius marketing scheme play out in action, especially considering how the advertisement has generated attention equivalent to a worth of millions of dollars. According to the Thomson Reuters Proprietary Research campaign, Nike Inc. has sold out 61 percent more merchandise since the controversial ad campaign featuring former NFL player Colin Kaepernick appeared earlier this month. While some people burned Nike apparel out of protest, there is another wave of backlash forming from activists who claim Nike is co-opting the movement against police brutality.

When someone is allying with a specific cause, such as police brutality, it can be easy for them to accidentally co-opt the movement and forget the people who have been on the ground since day zero. Co-opting movements is incredibly problematic because it forgets the work that has been going on far before the movement gained popularity. Co-opting distracts people’s attention away from the real issue and belittles the movement. Nike is co-opting the police brutality movement by making profits off of the work of activists.

A Grain of Salt

Nike is not a non-profit. They are incorporated and are still making money off of their Kaepernick ploy. By using Kaepernick to generate controversy, they made a profit off of Kaepernick’s stance. Companies should not get a gold sticker for simply standing on the right side of history and while the end goal should be to have everyone protest police brutality, by not having genuine activists like Kaepernick at the center of the discussion, Nike is taking away from the movement to end police brutality. Nike should not be making profits for merely standing up for what is right and if the company were a true ally in the fight against police brutality and systematic oppression, they would donate some of their earnings to those organizations who have been fighting for that cause for much longer. Furthermore, people need to realize that corporate America and companies should not be romanticized. They are not our saviors. They are not our allies. They are trying to rake in profits. Thus, people need to take Nike’s support with a grain of salt.

By spreading social awareness, people can learn the difference between true allyship (genuinely supporting a cause) and co-opting. If you are not directly impacted by police brutality, you can still advocate as an ally. However, once you become larger than the narrative, you are co-opting and minimizing the movement by overshadowing it with impudent grandeur. If you do not like Nike co-opting the movement against police brutality, boycott the company but support Colin Kaepernick and other activists for the Black community through donations and other forms of allyship.

Disclaimer: The views and opinions expressed in this article are those of the author and/or student and do not necessarily reflect the official policy or position of United 4 Social Change Inc., its board members, or officers.
Tags:co-optingKaepernickNikepolice brutality 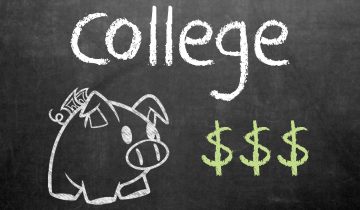