Most of the time, when people speak up about certain issues, it is because they are hoping to inflict change in the process. This is true for the citizens and activists of Saudi Arabia, who criticize their government not because they despise their country, but in hopes that politicians will actually listen. Their love for their home country is what motivates them to comment on the injustices that occur, and although this is already a daunting task in the first place, it requires even more courage in Saudi Arabia. This is because of the fact that Saudi Arabia is one of the most repressive countries in the world, with a government that does not allow their citizens to have even the most basic rights. It harshly penalizes those who dare to speak out against it and uses fear tactics to control the general populace.

The Threat of Being Female

Simply being a woman and doing the same thing as a man would is enough to be penalized by the government. Before 2017, women were not allowed to drive, and even though this was more of a societal standard than an actual law, they would get punished for doing it just the same. They would have to pay chauffeurs, who often times drove recklessly, were expensive, and did not even have proper licenses.

Moreover, almost all women are discriminated against when it comes to jobs, and although they make up about 70 percent of the students in college or university, they are a mere 5 percent of the workforce. Women are also required to have a male “wali,” similar to a guardian, and need their permission before they make any big decisions, such as traveling or getting married. Most of the time, they also need their guardian’s approval to file a police report, which silences women suffering from sexual or domestic abuse at the hands of their wali.

The courts and government officials of Saudi Arabia enable these oppressive social norms, most of which are not even real laws, meaning that many women are not given the power of choice. In addition, female activists face extremely cruel punishments for peaceful protests, such as execution. Civilly voicing your thoughts is enough cause for death, according to the Saudi Arabian government.

Being Different in Saudi Arabia

Saudi Arabia does not allow anyone who is not Muslim to practice in public, and anyone who even mentions atheism is denounced as a terrorist. Even if you are a Muslim, if you believe in the Shia faith, there is a likely chance you will be discriminated against, or even face life-threatening hate crimes. There are government sanctioned punishments, such as public lashes or even jail time for practicing your religion in the privacy of your own home. Schools, which are meant to foster creativity and encourage growth, instead scare children into thinking that having a different set of values could send you into the depths of hell.

Suppression of the Press

The press and other various forms of media are monitored closely by the government, and social media, such as Instagram or WeChat, is under close inspection. Saudi Arabia is urging people to report critics on social media, labeling critique of the government as “information crimes.” Typing out a simple tweet against the royal family can lead to prison, and many journalists have gone missing over the past few years.

One of the most prominent is Jamal Khashoggi, a Saudi journalist who lives in America due to self-proclaimed exile. Khashoggi traveled back to Saudi Arabia to file for divorce and has been missing ever since entering the Saudi Arabian consulate on October 2nd. He is known for his comments on the situation in his home country, and many are afraid that he will never be seen again.

Although Saudi Arabia seems to be stuck in the past in many ways, it has made significant progress in the last few years. Because the king suffers from severe dementia, the prince, Mohammed Bin Salman, commonly known as MbS, possesses most of the control within the kingdom. MbS has implemented many policies that could be described as progressive; he lifted the previous ban on women being able to drive, showing that even the most intolerant regimes have the ability to change. Many of his actions imply that he believes his country has been conservative for too long, and although he has made advancements, his views on free speech are extremely strict. MbS can cause true improvement within Saudi Arabia when he grants citizens the right to criticize the government through free speech and listens to them instead of jailing them.

What Can I Do?

So what can we do about the oppression of many of Saudi Arabia’s citizens? We can spread awareness, first and foremost, about what hardships many of the people there have to face. The first step to change is knowledge; it is impossible to fix an issue you are unaware of.

Furthermore, we can sign petitions demanding basic human rights for those who live there, such as free speech and religious freedom, or for the activists sitting in cold, dirty jail cells. There is currently one on change.org, asking the United Nations to address all of the human rights violations the government of Saudi Arabia has committed. Saudi women have also gathered more than 14,500 signatures in their attempts to put a stop to the need for male guardians, and the movement is growing larger by the minute, empowering those without a voice.

Moreover, we can write to senators and politicians, and convince others that this is a cause worth fighting for. Both external and internal pressure can cause reform within Saudi Arabia, which does show that it has the ability to change. Fundamental human rights should not be restricted to those of us who happen to be born in a specific country, and an injustice against one person is an injustice against us all.

Disclaimer: The views and opinions expressed in this article are those of the author and/or student and do not necessarily reflect the official policy or position of United 4 Social Change Inc., its board members, or officers.
Tags:CensorshipMedia censorshipreligious conflictsaudi arabiasocial norms 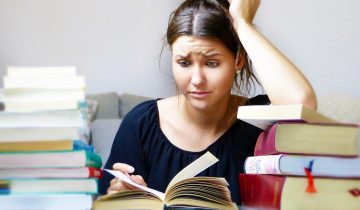