What is Childhood Obesity?

According to the CDC, or Centers for Disease Control and Prevention, obesity is defined as having excess body fat, with children who are classified as obese usually having a body mass index (BMI) at or above the 95% percentile for other children of the same age and the same sex. This means that children who are classified as obese are considerably larger in size as compared to other children in their age and gender demographic. One large influence on child obesity is persistent bad diet, which often consists of foods that are high in cholesterol, sodium, sugars and fats. Moreover, constant intake of fast-foods by children has been linked to accelerated weight gain and can be said to factor into why childhood obesity rates have rapidly increased in the past few decades.

Rising Childhood Obesity Rates in US

Although there was information that came out in recent years suggesting that child obesity rates had staggered off between 1999 and 2016, new data has come to light that suggests otherwise. For example, according to a 2018 study from the Pediatrics Journal, there has been a significant rise in severe obesity among ages two to five since 2013. And since the 1970s, the percentage of teens and children in the U.S who are obese has tripled to the point that one in five U.S children and teens are obese today. Hence, the United States has a history of worsening child obesity, demonstrating that past efforts to reduce child obesity, which have involved relatively little help from Congress so far, are simply not effective. Additionally, these rising childhood obesity rates give insight into the sad reality that 40% of American adults are obese. And the only way in which this upward trend can be stopped is to take action now, which means implementing widespread reform on nutrition for children on local and national levels so as to not only improve their lives but lessen the likelihood of them becoming obese in adulthood.

Why Childhood Obesity Must Be Addressed

Childhood obesity is a dangerous condition, as it is linked to debilitating chronic diseases like diabetes and can significantly lower a child’s quality of life. Children classified as obese are also subject to breathing problems that can even affect how they sleep at night, which can translate to less mental and physical stability for them while they are awake. On top of those physical health concerns, obesity can have profound psychological and social problems, as children who are obese often face bullying for their size and lose out the opportunity to actively engage in normal childhood activities as simple as playing tag at the park.

By addressing childhood obesity with mass reform from Congress, more children will have the opportunity to better their health, whether it’s lowering their blood pressure and preventing diabetes or improving their breathing so that they can get a good night’s sleep. Also, more children will improve their social standing, which can be very beneficial for their mental wellbeing and allow them to foster self-empowering opportunities within the societal groups they are a part of. And with Congress being at the helm of the approach, a focused and uniform approach will be prioritized, which is needed to change such a pervasive problem of American culture.

What Can Congress Actually Do?

An expert in the field revolving around nutrition- Harvard nutrition professor David S. Ludwig – suggests bipartisan reform through a Congress appointed interagency commission “to align food policy with public health and current science” could be the key to reducing child obesity. His ideas include that agricultural policy could be revised to encourage vegetables, fruits, and nuts over more highly consumed products such as high fructose corn syrup, which would mean that Congress might create incentives like less economic regulations or easier access to agricultural foods for business companies to incorporate healthy farmers’ products.

Additionally, the professor notes in his child obesity article that the issue is more prevalent among racial groups and lower income children, so programs that increase access to cheaper, nutritional foods in lower income neighborhoods will improve people’s quality of life and almost certainly reduce child obesity rates. Specifically, Congress needs to know that it is not enough to act on children receiving healthier diets at school (as they have attempted to address in the past), as this narrows the scope to one aspect of a child’s meal plan and not their lifestyle, which is a much larger factor in their overall diet.

Overall, there are many ways in which you can contribute to making Congress pay attention to the issue of child obesity, and these ways simply involve you using your voice in various forms. This could involve spreading awareness about the issue of child obesity through social media platforms like Snapchat, Instagram, Twitter or Facebook, or even taking the simple step of sharing this article to your friends. Unfortunately, the truth of the matter is that child obesity is being largely overlooked by Congress, despite it being one of the worse health epidemics that this country has seen. And it should come of no surprise to learn that 40% of American adults are obese, when one in five children today are already obese for their size. So get out there and spread awareness about such an impactful health issue in today’s society, because the more people who are inspired to make such a beneficial change, the more likely Congress will pay attention.

Disclaimer: The views and opinions expressed in this article are those of the author and/or student and do not necessarily reflect the official policy or position of United 4 Social Change Inc., its board members, or officers.
Tags:bullyingchildhood obesityfood policy 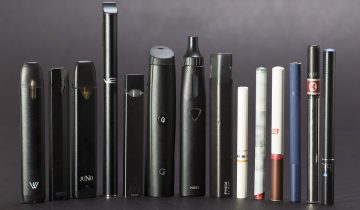