Over the course of the past few months, the United States’ relationship with Saudi Arabia has become increasingly more tense. Two incidents, the killing of journalist Jamal Khashoggi and the ongoing War in Yemen, are responsible for the deterioration of relationship between the two countries. To resolve these disputes, the United States should initiate a temporary arms ban against Saudi Arabia. But before understanding why that solution is effective, it’s important to understand the context surrounding the aforementioned incidents.

Washington Post journalist Jamal Khashoggi was recently murdered in the Saudi Arabian consulate, sending shockwaves throughout the American government and news media. Khashoggi sought to obtain a visa for his fiancee to enter the United States, but was murdered upon entry in an attack that the CIA concluded was orchestrated by Crown Prince of Saudi Arabia Muhammad Bin Salman. The CIA came to this conclusion after analyzing phone calls made to the Crown Prince after the attack among other circumstantial evidence, proving that the Crown Prince did indeed order the killing. In spite of these facts, the President has repeatedly cast doubt on the CIA report, claiming that the United States may never know the events that transpired in the consulate.

The War in Yemen

However, Khashoggi’s murder was not the only event that has incensed US-Saudi relations. The US-backed Saudi coalition in the War in Yemen has also prompted outcry among legislators. For historical context, the War in Yemen started as a result of Houthi rebels, backed by Iran, seeking to overthrow the established Yemeni government, backed by Saudi Arabia. Since it started in 2015,three-fourths of the Yemeni population became in dire need of humanitarian aid. Saudi Arabia has also used US-manufactured weapons to bomb hospitals, school buses, and other civilian areas, which is the main motivation behind distancing the US from Saudi Arabia.

Over the past few years, the Senate has had a history of rejecting any attempt to restrict arm sales to Saudi Arabia. However, this recently changed with the passage of a bill sponsored by Senator Bernie Sanders and Mike Lee which condemned the Crown Prince and called for President Trump to remove all American forces currently in Saudi Arabia that are not fighting Islamic terrorists.

On the other hand, President Trump has been much more amiable to Saudi Arabia through his denial of the conclusions of the CIA report and his support for the US-Saudi economic relationship. Trump has repeatedly cited $450 billion dollars that Saudi Arabia has “promised” to offer to the United States. However, a Politifact article investigating that claim found absolutely no evidence to support it.

The White House made a less bold, albeit still very misleading, claim that the United States would be receiving $110 billion dollars in arms deals from Saudi Arabia. However, this number includes older deals that were tabled by Saudi Arabia and deals that are still being negotiated and may not actually occur.

The Middle East is mired in various conflicts and proxy wars between Saudi Arabia and Iran, complicating the ability for the US to develop policy that promotes humanitarian interests. Removing all economic and military support for Saudi Arabia not only empowers Iranian interests in the area, but could also cause Saudi Arabia to befriend Russia, China, or other countries who do not share US interests.

Thus, the solution does not lie in complete disconnection from Saudi Arabia, but lies in leveraging US support for Saudi Arabia as a means for them to change their behavior. More specifically, the United States should ban arm sales to Saudi Arabia temporarily, sustaining the arms ban until Saudi Arabia respects humanitarian laws such as the protection of journalists or civilian populations in war-torn areas. Through this policy, the United States can ensure that it isn’t condoning the murder of the aforementioned groups without withdrawing from the Middle East indefinitely.

Disclaimer: The views and opinions expressed in this article are those of the author and/or student and do not necessarily reflect the official policy or position of United 4 Social Change Inc., its board members, or officers.
Tags:international relationsKhashoggisaudi arabiawar in YemenYemen 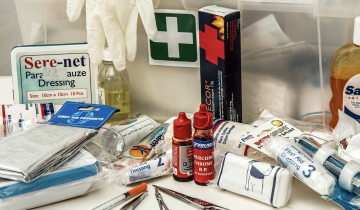