A few hours after posting a photo of CEO Jack Dorsey’s meeting with a couple of female Indian journalists on online safety, Twitter got embroiled in a controversy which it couldn’t possibly have foreseen. Calling for smashing Brahmanical patriarchy, the poster with which Dorsey was posing, was interpreted by many as supporting the attack on the Brahmin community. Eventually, Twitter acquiesced and posted an apology for the same. Indeed, this debate left enough room to explore the link between caste and gender in India while calling for introspection over whether the Brahmins and other dominant castes actually are the marginalised ones in India as they claim or merely exhibiting victim mentality.

The photo has been slammed by many for constituting hate speech and targeting the ‘minority’ community of Brahmins. A couple of clarifications become essential in this regard. The term isn’t directed against the Brahmin community per se. What it seeks to achieve is to highlight the linkage between caste and gender.

Caste is centred around ideas of purity and pollution. Maintenance of this purity requires stringent restrictions on commensality and marriage. Consequently, this leads to stringent control over female sexuality. Thus, it wouldn’t be wrong to suggest that the purity of caste is contingent on the purity of women. Moreover, in their attempt at improving their social standing (read Sanskritization), we have lower castes adopting similar norms, thereby restricting the freedom of their women too. This restrictive and oppressive system perpetrated by Brahmanism is what has been termed as Brahmanical Patriarchy. It further creates divisions among women by compartmentalising them into castes. Thus, while all women are exploited by patriarchy, they don’t develop the necessary consciousness leading to a sense of solidarity. That’s because the upper caste women derive at least some benefits owing to their social standing and exercise supremacy with respect to men and women from castes subordinate to theirs, thus perpetuating the caste system. This prevents them from opposing the caste system or identifying with women from other castes. Needless to say, in this oppressive system, the worst off are the Dalit women. It is this complex relationship which gender has with caste, that the poster sought to highlight. Indeed, it was Uma Chakravarti who first used the term Brahmanical Patriarchy to highlight this intersectionality. Thus, to quote BR Ambedkar, ‘by Brahmanism I do not mean the power, privileges and interests of the Brahmans as a community. By Brahmanism, I mean the negation of the spirit of Liberty, Equality and Fraternity. In that sense, it is rampant in all classes and is not confined to the Brahmans alone, though they have been the originators of it.’

In the eye of the storm, Twitter’s response was to issue a swift apology and reiterate its goal of being an impartial forum for all. This becomes problematic for multifarious reasons. While Jack Dorsey as an individual may be unaware of the workings of the Indian caste system, to expect a multinational entity like Twitter to be blind about caste given how low caste victims are frequently harassed on the platform is alarming, to say the least. Complying with the demands of the trolls here is analogous to apologising over a poster calling for smashing racism because some white supremacists took umbrage at it. Giving into this highly problematic power dynamic goes against the very reason Dorsey held that meeting with those female journalists, namely the promotion of online safety.

Amidst all the din, the Congress spokesperson, Manish Tiwari, also had something to say. He went on to call Brahmins the Jews of India. Such an ill-thought statement only works to trivialise the pogrom suffered by the Jews. One is a community which has historically been persecuted, the Holocaust being the most chilling example, and has been in a constant search for a homeland. The other is a community which has actively worked to reify the caste system to ensure its supremacy and prosperity. It is also a part of Congress’ attempt to build a stable base for itself and counter the BJP. We got glimpses of Congress’ desire to find a stronger ideological mooring in Rahul Gandhi’s visit to temples and his consequent practice of soft communalism.

MARGINALISATION OF THE DOMINANT COMMUNITY?

While a generalisation would be fatal, it wouldn’t be wrong to say that with a slew of reservations determining educational prospects and government job allocations, there exists a feeling among sections of the Brahmin community along with other dominant castes that they’ve been wronged and marginalized. While they may not even deeply feel attached to their caste identities, what they seek presently is not active efforts on part of the state to undo the historical wrongs faced by the low castes. Rather, they’d want these identities to become invisible. In other words, they call for maintaining the status quo as it is with the upper castes comfortably deriving benefits from their centuries worth of social capital. Since measures like reservations openly draw attention to the caste problem, that’s why they’ve been subjected to repeated attacks. The anti-Mandal protests and the recent clamour for Jat, Maratha, and Patidar community reservations, are examples in this regard. Therefore, the bloated response to the poster needs to be viewed within the larger context of a disaffected upper caste community even as the Dalits and other lower castes increasingly find their voices.

Here, to tout the Brahmins as a minority just because they’re one numerically amounts to a gross misreading of the Indian social order. Historically, if not having created the caste system, the Brahmins have actively worked to interpret the scriptures in a way that their interests are promoted. Their prosperity has been built on the oppression of others. Even if the stronghold of caste has debilitated in the contemporary era, there’s no gainsaying that Brahmins and other dominant castes continue to derive an immense amount of social capital from their position and centuries’ accumulated privilege. To remark that a community which has never been attacked for the way they dressed up, dominates the majority of the modern professions, and has never been subject to casteist slurs, is the victim here is fallaciousness at its best.

WHAT CAN BE DONE?

Given what has transpired, greater awareness needs to be brought about regarding the privilege which people exercise by virtue of their social standing. The things about privilege is that it can often miss the eye. You may be enjoying that privilege even if you didn’t explicitly ask for it. Thus, for an upper caste, being able to go to the temple without raising eyebrows, freely accessing all public places, having a higher chance of securing employment opportunities, and having the ability to ‘choose’ whether to empathise with Dalits or not, is privilege.

Moreover, terms like Brahmanical patriarchy become important for they allow us to get a more nuanced and consequently a more accurate view of the problems we’re facing. Lastly, Twitter needs to genuinely take steps to transform itself into a safe space for all, especially the vulnerable sections of the society such as low castes, women, members from LGBTQ et al. Indeed, its commitment to being a platform espousing liberal values gets reflected in the stands it takes when faced with the more privileged, orthodox elements of the society. Being a public forum requires twitter to takes tough stands at times. It’s high time Twitter realises that.

Disclaimer: The views and opinions expressed in this article are those of the author and/or student and do not necessarily reflect the official policy or position of United 4 Social Change Inc., its board members, or officers.
Tags:BrahminsCaste Systemtwitter

The US' Love-Hate Relationship with Saudi Arabia

Khushboo Upreti is a third year undergraduate student of political science in Hindu College, Delhi University. She loves to pen down her opinions on issues of societal interest. When not writing, she can generally be found with a book in her hand. 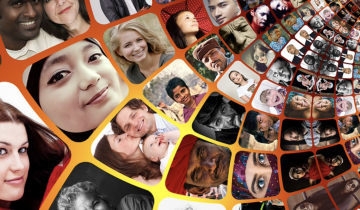