CNN recently published an article ranking the Top 10 candidates for the 2020 Democratic nomination. Kamala Harris topped the list followed by Beto O’Rourke, Joe Biden, Cory Booker, and Elizabeth Warren. Unlike Biden and Warren, O’Rourke, Booker, and Harris have largely avoided scrutiny from the mainstream media, raising the question of where their politics lie within the spectrum of the Democrat Party. Although being touted as 2020 frontrunners, the aforementioned candidates will face questions from the Sanders-wing of the party regarding their voting record and prior deviations from progressive policies. (NOTE: this article is NOT a defense/critique of progressive ideas, but rather an analysis of each candidate’s political platform)

Through a Senate Election that grabbed national headlines, the mainstream media catapulted Beto O’Rourke to political stardom, with CNN labeling him as having “organic energy”.

On criminal justice reform, Beto’s actions are in line with progressive policy. O’Rourke has called the War on Drugs a failed campaign, supported the elimination of mandatory minimum sentencing, and fought against cash bail. Regarding foreign policy, Beto sides with the President and progressives like Elizabeth Warren by supporting a withdrawal of troops from Syria and Afghanistan. Likely the most progressive element of Beto’s campaign is his rejection of corporate PAC money, a move that will paint him as a candidate inspired by the people, as opposed to corporations.

However, an analysis of Beto’s voting record by journalist David Sirota reveals several instances when Beto has voted against his Democratic colleagues. For example, O’Rourke voted against a proposal that would prevent drilling in the Gulf of Mexico, a bill that would positively affect the environment. On economic policy, O’Rourke has sided multiple times with Wall Street, supporting the weakening of the Volcker Rule, a provision meant to stop banks from using depositor money for high-risk trading, and deregulation of stock exchanges. And regarding healthcare policy, Beto would like to achieve universal coverage “whether it be through a single payer system, a dual system, or otherwise,” which progressives may see as a jab against Medicare-for-All.

Kamala Harris is a relative newcomer to the federal political arena, being elected to the Senate in 2016. Despite a short record as Senator, Harris’ time as California District Attorney sheds some light on her policy stances.

One of Harris’ shining achievements as DA was the implementation of the “Back on Track” program, an initiative that taught criminals skills for employment and ended up reducing recidivism from 54% to 10%. Progressives also praised Harris for her commitment to policies such as Medicare-for-All and Free College Tuition.

Where progressives may take issue with Harris, ironically, is her record on criminal justice. As DA, Harris was a prominent proponent of California’s “Three Strikes Law”, a measure that punished three-time minor felons to a life sentence, and supported Civil Asset Forfeiture, a law that permits police to take another person’s property if they believe that property was being used for criminal purposes, regardless of whether the owner is innocent.

Harris has also isolated herself from progressives with her ties to Steve Mnuchin, the current Secretary of the Treasury. An internal memo from Harris’ office while she was DA found thousands of violations of foreclosure law committed by Mnuchin, then the CEO of OneWest Bank. Yet, Harris did nothing to pursue the violations and coincidentally, was the only Democratic Senator to receive a donation from Mnuchin during the 2016 election. Progressives see this connection as evidence Harris is compliant towards corporate interests.

Serving as Mayor of Newark and then becoming New Jersey’s Senator in 2013, Booker has around the same experience in federal office as Elizabeth Warren.

Despite such social advocacy, however, Booker often agrees with corporations on economic issues. In January 2017, Bernie Sanders and Amy Klobuchar attempted to pass a bill that would permit the importation of pharmaceutical drugs from Canada. With 13 Republicans in support, the Sanders-Klobuchar Bill appeared as if it would pass until 13 Democrats voted against, one of whom was Cory Booker. Booker’s vote could largely be explained by the fact that pharmaceutical companies are responsible for a large sector of the private industry in New Jersey, making the bill harmful to his own state. However, progressives saw the move as an excuse for large pharmaceutical companies to continue raising prices for drugs.

Booker also attracted progressive ire for his statements about private financial firms. At the time, Obama repeatedly criticized Romney’s time at Bain Capital, a private equity firm, for the lay-offs that occurred when Bain purchased other companies. Booker, however, called the Obama’s critiques “nauseating”. Although later retracting the statement on Twitter, his initial statements could be seen as a reflection of his own ties to private equity firms. When Booker ran for a second term as Mayor of Newark, most of the 7.5 million dollars in campaign donations were from executives at private equity firms.

But all of this analysis begs several questions. Does the Democrat Party necessarily need a candidate who is progressive? Are progressive policies necessarily better for the country? This article is not intended to answer those questions, but rather provide context for understanding each candidate based on their political record.

However, when CNN ranks Democratic politicians’ chances for 2020 with little to mention of policy, their “rankings” are little more than a hodgepodge of hunches and feelings. Moving forward, the mainstream media should follow in the footsteps of Chris Hayes, an MSNBC journalist who has stated he is committed to covering the 2020 election based on the policies candidates support. Through policy-based election coverage, the public will be able to make better decisions about which candidates’ beliefs are most in line with their own.

Disclaimer: The views and opinions expressed in this article are those of the author and/or student and do not necessarily reflect the official policy or position of United 4 Social Change Inc., its board members, or officers.
Tags:2020 electionBeto O'RourkeCory BookerKamala Harris

Security for Both Sides: The Benefits of Sanctuary Cities in the USA 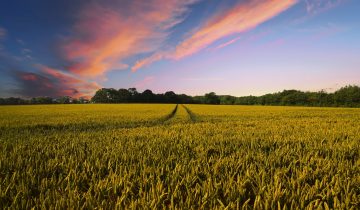