I don’t know how much longer I can go on. Sometimes I cry myself to sleep, knowing Odysseus is out there, alone and abandoned, never to step foot on native land again. Or worse his mangled body lays sprawled lifeless at the bottom of a cliff, vultures picking at the last remnants of our great king, my honorable master. I wish I had gone with him to Troy, though I am no fighter. There at least I could have died protecting my people and my king. But I am stuck here, stuck here to take care of Odysseus’ swine. Since it is the only thing I can do to honor him, I will take great care of the animals, until my last day on this earth—or at least until young Telemachus gets sick of me and sends me away. It is more likely though that the brash suitors will have bled the palace white before then. There will be nothing more to take care of. Odysseus’ name and legacy will be forgotten.

I feel so useless; I can’t do anything. I don’t even put up a fight anymore as each night the suitors slaughter another one of Odysseus’ boars for their feast. I can’t help but feel like I’m letting Odysseus down and dishonoring his legacy. I don’t deserve to stay inside the cottage. Instead, I sleep outside among the pigs. Odysseus was a true friend, always kind and understanding to me; he was a symbol of everything good in the world. He didn’t deserve to have all his resources and luxuries devoured by those young bastards! Oh! And kind Penelope: her lovely cheeks are streaked with tears night and day as she wallows in her husband’s absence. Or what about Telemachus? The poor boy has never even met his father. He’s told of the hero his Odysseus was and how much he has grown to look like him. Yet, he will never know the warm embrace of a proud father.

Perhaps unsurprisingly, Telemachus is not satisfied with only being told of his father’s heroics. Now, in our most desperate moment, he ill-advisedly yearns to go in search of answers, eager to uncover the truth of what happened to his father. This is Mentor’s doing. He is the one to push young Telemachus to go on the journey to learn about his father. “[T]he journey that stirs you now is not far off”(Homer, 102), he claims. What nonsense has he been spewing at impressionable Telemachus’ face! I admit, Mentor did urge the boy to stand up against the suitors, advice that I, too, support, but why sail to other kingdoms just to discover what couldn’t be more clear? If Odysseus didn’t die at Troy, he, like many others, died on the voyage home. There’s nothing more we can do now but move on and focus on the current problem.

Still, Telemachus sets sail tomorrow for Pylos to meet with King Nestor, the noble charioteer. The good nurse Eurycleia was the one that warned me of his brash plans. She tried to dissuade Telemachus, but nothing can change his mind now. He seeks stories of his father and the faintest trace of Odysseus’ survival. But, alas, Telemachus’ voyage appears to be a futile goose chase, destined to end in disappointment. He is convinced “the trip [he speaks] of will not end in failure”(Homer, 103)—how blind young Telemachus can sometimes be! The suitors return day by day,  their appetite never slowing. They are hopeful that “[Telemachus] might just drown, far from his friends, a drifter like his father”(Homer, 103).

What is more, Penelope is almost certain to break without her son here by her side. Yet, Telemachus, desperate for any recounts of his father, will likely continue his voyage beyond Pylos. He might sail to the red-haired King Menelaus in Sparta, in the process discovering war stories from Menelaus’ time alongside Odysseus in Troy. But the tales of glorified killing will offer no insight into Odysseus’ current whereabouts. The faster Telemachus realizes that his father is dead, the sooner he can find a way to deal with the suitors and possibly marry his mother off. Though that may seem horribly unkind, I believe it is his only choice if Telemachus wishes to keep his home. Once Penelope is remarried, the rest of the suitors will be forced to go back to their respective homes, and the palace will be able to recuperate. We will get back on our feet and once again thrive as we did when Odysseus ruled. Such actions would be the best way to honor our fallen king.

This OpEd takes focuses on Eumaeus’ response to Telamachus’ plan to search for news of his father, Odysseus, who did not return to Ithaca following the end of the Trojan War. Years later, suitors have lined up to marry Penelope, Odysseus’ loyal wife (and presumed widow). Meanwhile, Eumaeus, Odysseus’ truehearted swineherd, is forced to provide food for the lavish feasts hosted at the palace, putting a heavy toll on the palace’s resources and rations. In this OpEd, Eumaeus, believing that Odysseus is dead, expresses his disagreement with Telemachus’ travel plans and gives his input on what would be best for the family.

This OpEd is written by Chloe (Buckingham Browne & Nichols ‘22) who is working as a Curriculum Development Intern for United 4 Social Change during the Summer of 2019.  Chloe is particularly passionate about ensuring equitable and accessible educational opportunities for kids.

Disclaimer: The views and opinions expressed in this article are those of the author and/or student and do not necessarily reflect the official policy or position of United 4 Social Change Inc., its board members, or officers.
Tags:EumaeusHomerOdysseusThe Odyssey
Previous post

The Case For/Against Tom Robinson - To Kill A Mockingbird

Two Perspectives on a 'Broken' Family - The Leavers 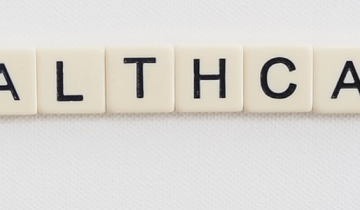