Varying Opinions of Huck Finn – The Adventures of Tom Sawyer

This Imaginative OpEd, taking place in Mark Twain’s The Adventures of Tom Sawyer, portrays the character Huck Finn from the perspectives of a local school teacher as well as Huck’s friend, Tom Sawyer.

That Huckleberry Finn? Oh, he’s a bad egg, that one. No sense in trying to civilize him; he’s determined to be as scruffy, dirty, and wild as he can be. Not that it’s stopping dear old Widow Douglas from trying, bless her heart. He rescued the poor soul from some kind of break-in, I hear.

Was out in the woods with Tom Sawyer, hunting for “treasure” and doing lord-knows-what with sticks and rocks and things, when he saw some ghastly burglars on their way towards the Widow’s house. He came running back like greased lightning and hollered for help before anything could happen to her. That may’ve been a charitable deed he did, but it was the only time he did one in his life, I’d say.

Do you know, he’s never been to church a day in his life? He lounges around, whittling away the day fishing and hunting, of all things. I do declare, he’s having an influence on the children! Ever since he and that Tom Sawyer got mixed up with those robbers, all the children idolize them! Can you believe it? If we let this continue, we’ll have an entire generation of no-good layabouts on our hands. Tch! Well, it’s to be expected, looking at where he’s coming from.

His father’s bad blood, he is. He’s a drunkard; always staggering about the place. Whenever he comes into town, he always causes a scene; rumour has it he begs his own son for money for more drink. He scares me, frankly. He looks the type to do something drastic if left unwatched. When Finn’s coming from stock like that, it’s no wonder the boy turned out like this.

Still, can you imagine a boy his age, running about in the wild with a rifle, shooting deer and the like? It just isn’t right. I pray to the Lord that Widow Douglas can force some sense into that wretch. I hear she’s been making him attend Sunday school; perhaps he’ll finally heed religion and settle down. But I doubt it. With the way he’s been carrying on, wild is just carved into his veins. I’ve given up on him, but I won’t let him take the other children! We will have sensible citizens here in St. Petersburg, no matter what I have to do to make it happen!

Do I reckon I know Huckleberry Finn? I’s say I do. Huck’s one of my closest friends, y’know. Did you hear ‘bout how’s we stopped them robbers a year or so back? Yeah, that was us. He’s about the bravest kid I know; and the smartest too. And I don’t mean them school smarts; I mean the real smarts, like how to cure warts with a cat in the graveyard, and how to hunt a deer, and how to build a real proper pirate fort.

He knows all a’ them things figurin as he’s out in the woods all the time. He don’t have no place he call home, though. He just sleeps in the woods, with only the stars as his ceilin. I figure that’s a whole lot better than livin cooped up with my brother Sid n’ Aunt Polly; She don’t like it real much when I play hookey, and Sid’s just a snivelly teller who always gives away when I do. I reckon I’d be much happier out there with nothin but the trees n rocks n animals as company, an’ able to run around and play pirates all day with no one to scold at us.

He don’t have to go to church either; I don’t ‘ticularly like the collars and shoes I have to wear, seein as they aren’t much for running in and’re overly expensive to do no good. Church ain’t worth nothin’ s’well; just a buncha sittin around in the stuffy heat, listnin to some old man rattle on and on… ‘side from nappin, it does nothin but bores me stiff. No good, if you ask me. Huckleberry Finn don’t have to worry about none of that hot stuffy boredom, or none of them expensive clothings. He just forage what he need, catch what he eat, and scout where he sleep.

I sure wish I could be like Finn. Though, I ‘spose there could be some neg’tivs for him. He must get awful lonely, is all. With no one to care for him, y’see. His pop ain’t no good; he’s a drunk, and he’s real mean. He tries to take money from Huck to get more drink, but Huck barely has any in th’ first place. But, o’ course, Huck ain’t lonely as long as me n’ the rest of my friends r’here. So, do I reckon I wish I could live like Finn do? Yeah, for sure. S’long as I have my friends, though. We’d go out in th’ wild, live off th’ land, and have a grand ol’ time for th’ rest of our days.

This piece was written by U4SC Curriculum Development Intern, Reed Turner-Murray (Wheeler High School ’22). In addition to being a voracious reader, Reed is passionate about the relationship between video games, the media, and the decline of “game journalism.”

Disclaimer: The views and opinions expressed in this article are those of the author and/or student and do not necessarily reflect the official policy or position of United 4 Social Change Inc., its board members, or officers.
Tags:Huck FinnMark TwainTom Sawyer

Two Perspectives on a 'Broken' Family - The Leavers

Reflections on a Pair of Tragic Deaths - Romeo and Juliet 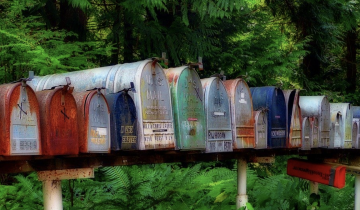