Every year, thousands of innocent American citizens die of gun violence, and there is very little to stop this from happening. As gun violence in the U.S. continues to grow out of control, the U.S. should restrict accessibility to guns. They are currently too easy to get, very dangerous, and not useful for self defence making them unneeded.

The US Should Restrict Accessibility to Guns

In the U.S., guns are much too easy to buy, and keep. The Washington Post reported that, “There are more than 393 million civilian-owned firearms in the United States, or enough for every man, woman and child to own one and still have 67 million guns left over.” (Washington Post) There are approximately 327 million citizens, living in the USA, which means that some people own two or three or even hundreds of guns. This thought is scary, especially when you have seen the ONE PAGE form you fill out, to buy a gun. Letting people buy guns this easily is not being resolved and, if this goes on, millions of people will die.

Guns are too dangerous to carry

Guns are very dangerous and can be used for bad purposes. According to Deliberate Magazine,In the year of 2018, there were a total of eight school shootings. And in 2017 there were about 12 of reports of mass shootings at public areas and schools. (Deliberate Magazine) This shows that guns are very dangerous and can do lots of harm in the wrong hands. The evidence is there, so in order to save lives, the US government needs to limit who can buy a gun or at least conduct background checks on people who want to buy guns. If the US government does not do this, then there will be more danger on the streets and people will continue to be scared, knowing anyone can have a gun in their pocket.

Guns are not important anymore

In today’s day and age, guns are unneeded. According to VOX, guns killed nearly 39,000 Americans in 2016, and despite what the NRA claims, they do not make people safer. (Vox) A common argument in favor of de-regulating guns, is that they are necessary for protection, but, according to NPR, people used guns for self defence in about 0.9 percent of crimes from 2007 to 2011. (NPR) which is a very small amount. No one needs a gun except to protect themselves from someone from a gun, so in the end, if no one has a gun, no one needs a gun. Guns are unneeded, but people still have them, so we need to regulate them in order to relieve the danger of guns from the US.

The original reason to have guns is no longer relevant

Another reason people feel the need to own guns is because they can. “Your right to keep and bear arms is guaranteed in the Constitution and Bill of Rights of the United States of America. “Use it or lose it.” ” – (Ammo Land) One of the main reasons that people want to have guns is because they are entitled to one, that does not make any sense. At the time that the second amendment was created, guns were less dangerous, needed for defending yourself, and not easily concealed. Now you can carry around a pocket sized machine gun capable of murdering 32 people in 4 seconds. There is no reason to have a gun and people still want them, so the U.S. needs to make it harder to get them so not anyone can have the power that comes with a gun.

Guns are, at their core, weapons of attack, and they will always be used that way. Guns are too dangerous and not useful in today’s society, which is exactly what they should be licenced very carefully and regulated much more to ensure people’s safety.

Rohan is in middle school in Brookline. He enjoys reading, running, and archery. There is nothing he hates more than tuesdays, and procrastinates way too much. 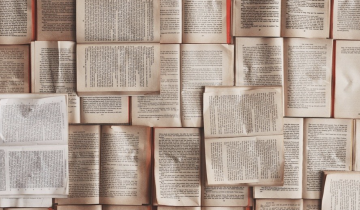