Gun violence should be stopped in the world because schools are never safe and secure; the students are always frightened of school shooters and the wives of intimate partners are always in fear. They are keeping their mouths shut, thinking one day they’re going to die at the hands of the husbands and marginalized communities are hiding and cowering at the sight of a gun not knowing, not believing, not thinking, that they’re going to die at the hands of a psychopathic gunman. Even though people believe that officials should carry guns in case of emergencies to protect us, a better solution is to have more sensible gun laws and establish a culture of gun safety.

Schools are never safe because school shooters might kill students for no reason except the shooters want people to die and be in fear. According to the Planned Parenthood Action Fund, “as of 2013, nearly 2,900 children and teens are shot and killed every year. On February 14, in Parkland, Fl., a 19-year-old man opened fire at Marjory Stoneman Douglas High School, killing at least 17 people” (Planned Parenthood Action). All these deaths that are brutally caused just because of guns, shows exactly why schools are never safe. Schools are meant to be safe, they are places of education and development for kids. There will be more and more killings every single day if we don’t do anything about it. These are just kids, their lives have barely started and these kids will die. The students and parents are always living in fear, the students thinking, “I’m going to die someday, right here, in my school.” The parents believing, “My kid/kids are going to die in school.” Parents should never have to be in fear of their kids being killed in senseless gun violence. That’s why young kids have gathered the nation around gun violence prevention, and many organizations have been leading gun violence prevention research and education. This is the first reason why gun violence should be stopped.

The wives of intimate husbands are never safe from their husbands because they believe one day they are going to just pull out a gun and kill them in cold blood. According to the Planned Parenthood Action Fund, women are 21 times more likely to be killed with guns in the U.S than any other nation, and it’s crucial that we closely examine this. Fifty-two women are shot to death by trusted partners in a month, and women who are abused are five times more likely to be killed when their abuser owns a firearm. There is an example of this happening in our world all throughout history. This happened in Orlando, where a man who had been physically abusive to his former wife used a gun to kill 49 people (Planned Parenthood Action).           If more people are dying every day, what will happen to our community? What will happen to our world? Our whole world will be in fear of guns, and the mothers and wives, one of the best people in our world. The population would decrease because women make up so much of the population. If a child lost a mother, how would he/she feel? That kid would have extreme trauma and be sad and angry. Angry at the father that ruthlessly murdered his mom, sad that his only friend and the only person that loved him died. This kid would want justice for his mom, he would want to put his father in jail or kill him. He’s going to go in the world either going in as a gun-mishandler or this kid will try to make sure this won’t happen to someone else’s mom. This is the second reason why gun violence should be stopped.

Marginalized communities are becoming scared because of gun users in the community. According to the Planned Parenthood Action Fund, “Black men are nearly 10 times as likely to be killed with a gun as White men, and Black women are three times as likely to be killed with a gun as White women. People with disabilities face gun violence at the hands of law enforcement as well. 2017 was one of the deadliest years for transgender people, 28 trans people were killed by violent means of gun violence.”(Planned Parenthood Action) More people are dying way too much, whether they are LBGTQ, a different race, or have disabilities. All these people are dying for the same reason: by a gun because they are different. Just because they are different they are getting killed. They might possess different qualities, but they’re still humans. Our world will become worse and worse if we don’t do anything, people are dying way too much, and it has to stop! How would the LGBTQ+ community feel if people that are LGBTQ are getting killed at a deadly amount every year? How would African-American people or people of a different race feel if their people are getting killed brutally every year? How would people with disabilities feel if their people are getting killed every year? They would all be sad, and more importantly, they will be in fear that they are going to die. This is the final reason why gun violence should be stopped.

Even though people believe that officials should carry guns in case of emergencies to protect us, a better solution is to have more sensible gun laws and establish a culture of gun safety. According to the Pacific Standard, a student started shooting at Marjory Stoneman Douglas High School in Parkland, Florida, killing 17 people (Pacific Standard Magazine) If the teachers got guns they wouldn’t have been to pose much of a threat to the student. They would have been trained in such a way, where they could stop this as quickly and effectively as possible. So, there’s not much use for teachers to get guns.  We just can’t believe that officials will always protect us, some officials are just and they will try their best to protect us, but some might not. They might hurt us and our family, or misuse the guns to cause more damage to our society

So, now we know what guns are doing to our world. We know all the damage it’s causing to it. There are more than 40,000 deaths per year, at least! There are 7,346,235,000 people in our world. If there are at least 40,000 people dying every year, there will be fewer people every year. We will lose what we worked up for. The most important thing about our Earth, more important than our technology, more important than our landforms, more important than our food is us. Us, as humans, the fact that makes us different from animals is that we are smarter and we have a “heart”. If we are losing so many people every day, what is the state of our world right now? All the women getting murdered brutally, kids that have just started their lives getting killed, and communities always in fear of getting killed. In a nutshell, these are the reasons why we have to stop gun violence.

Arkesh is a middle school student He likes to play basketball (on a team), play video games on his Xbox (i.e. 2k19 and COD4), watching Netflix, and play with his friends A LOT! He has a passion for technology and enjoys using it, and is good at using it. He wants to become a doctor specifically an anesthesiologist and a part-time NBA player. 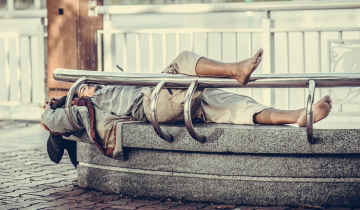