Many of us enjoy buying food and clothing for cheaper prices, without caring for how those goods are produced. However, we should also think about how the manufacturing of these goods affects the lives of others. Child slavery and labor is widespread across the world, and although the rates have dropped from about 30% of all children working in 2000 to 11% in 2012, it is still a major problem.

Child Labor and Slavery in the Chocolate Industry

One example of child slavery occurs in the chocolate industry. Roughly 70% of the world’s cocoa is produced in the West African nations of Ghana and Côte d’Ivoire- both have been known to use child slaves and laborers on their farms. Most of these child slaves are from the neighboring countries of Burkina Faso and Mali, both of whom are among the poorest nations on Earth. These children are either abducted and sold to cocoa farmers, usually for about 1-2 dollars, or are promised decent wages but upon arriving are forced to work without pay. Most of these children won’t see their families for years, if ever.

Many major companies, such as Hershey, Nestle, and Mars, all source their cocoa from farms that rely on child slaves. This just goes to show that we can even overlook things that we frown upon, such as slavery, if we can reap the benefits. Most, if not all, of the successful chocolate companies, rely on child slave labor to produce their goods, whereas many of the lesser-known companies do not engage in such actions.

Child Labor in the Textile Industry

Another example of child labor transpires in the textile industry. Children make up a major part of the garment industry.  Most of these children work in the nations of Egypt, Uzbekistan, Pakistan, India, Bangladesh, Thailand, and China. One reason for preferentially having children work in harvesting cotton is that their small fingers don’t damage the delicate crop. It is due to this that a good chunk of children in Egypt, Uzbekistan, Pakistan, and India all work in cotton fields. In Bangladesh, more than half of children work in factories for stitching, weaving, and putting garments together. It is for this reason that many clothes that are sold abroad are actually made in Bangladesh.

It is no coincidence that countries such as China and India, both of whom we often think of as manufacturing centers, are places in which child labor is very common. Many successful companies, including Wal-Mart, Tommy Hilfiger, Ralph Lauren, and Gap, all engage in the use of child labor in their factories. In contrast, many smaller companies either don’t do so by choice or are unable to do so.

Coffee, a morning staple across the world, is for the most part produced with the help of children. Many of these children are slaves, although more than half belong to the family of the given farmers. Coffee farmers typically earn 7-10% of the retail price of coffee, although in Brazil farmers usually earn less than 2% of the retail price. However, it is due to the promise of any money at all that many desperate, impoverished parents pull their children from school in order to work on the coffee plantations. Food Empowerment Project says “a study in Brazil found that child labor rates were approximately 37% higher—and school enrollment 3% lower—than average in regions where coffee is produced” (Food is Power). So, unlike the garment and chocolate industries, coffee is produced for the most part by children that belong to the family of the farmers that produce the coffee crop.

But how is child labor beneficial to our society? What would happen if all children stopped working, and how would it impact our daily lives?

Do you enjoy purchasing inexpensive clothing, food, and other goods?  If child labor comes to a halt, prices will likely rise, thereby resulting in the disappearance of many of these commodities. With labor being more expensive, companies will be forced to charge more, thus resulting in people who already are struggling being plunged into extreme poverty. This may result in an increase in the homeless population due to people having to choose between feeding and clothing themselves or putting a roof over their head. This makes it unclear as to whether or not ending child labor will be beneficial to our economy or detrimental. But what about the child slaves or laborers – should they be subjected to such atrocities for our gain? Are their lives any less important than ours? These are all questions we must answer. What about the children that need the jobs? What about families who need their children to work in order to survive – are they to be pushed into poverty just because we feel that children shouldn’t work? What about adult slaves? Are they any less important than child slaves just because of their age? How is this just?

So in totality, child labor is wide spread, and although in many cases the children are slaves, many also need to work in order to survive.

List of Major Companies Who Partake in the use of Child Labor:

These are some of the many major companies who engage in the use of child labor, but keep in mind that there are thousands more.

Deep is a middle school student in MA. He is passionate about cooking and enjoys reading about ancient civilizations and foreign cultures. He also enjoys singing, swimming and playing badminton with his family. 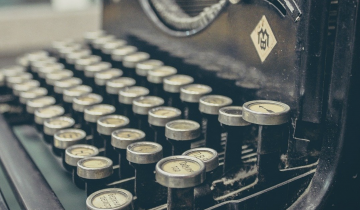