Terrible Genocides In The World: Should We Intervene?

There are many mass genocides in the world. Although these are bad things, there is a solution. The U.S. should intervene with massacres worldwide using their military, because if it does, we can put various outside conflicts to an end. But, one bad thing is that violence would only make things worse. Even though the U.S sometimes messes things up, they should should intervene militarily because these conflicts can be stopped and peace can be restored.

Our military needs to intervene in the terrible genocide in South Africa. When the king in South Africa was overthrown by Muslims, a war started with Muslims and Christains which has built up a great deal of hate, and as a result many people have died (Business Insider). Our military needs to intervene so that they can neutralize this war and that both sides can have time to calm down and reach a resolution. If our military intervenes we can end that war.

Many people say that our military shouldn’t intervene with these things. Most of the time America messes up when they intervene with foreign affairs. If America interferes with these things it can cost a lot for our nation, as well as other nations (Washington Post). Additionally, America has spread its military wide enough. If America doesn’t intervene it will avoid the risk of loss of money, people, and its reputation as a powerful nation. Although these points may be true, it would be better to intervene rather than letting tons of people die.

In conclusion, there are many genocides in the world. Some are from Africa to Asia, while some are right here in our nation of America. But, no matter where they are, we should always try to help, even if it means violence.

Ilyes is a middle school student. Ilyes loves dinosaurs and soccer. He can also do Kung Fu. He also likes math and playing games like Kunker, Halo and Fifa. 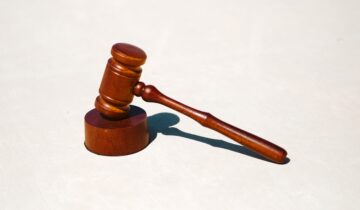 The Case For/Against Tom Robinson – To Kill A Mockingbird