A Necessity, Not a Luxury

As a first generation American with parents who aren’t used to the education system here, I often rely on my school counselor to guide me on my educational journey and help me navigate which classes to take and the varied opportunities that may be available. I am lucky to be in a school district that has one counselor for every 100 students. Even this may not seem like much to those studying in more affluent communities. Yet, I am more fortunate than students from large schools in inner-city or rural areas where school counselors are often the last priority. A school counselor is the essential outreach staff present in most schools, whose position differs based on the needs of the community. In many cases, this profession is a mesh of jobs dealing with students and includes scheduling, academic aid, problem-solving, and dealing with issues such as bullying and providing social-emotional support. Unfortunately, the number of counselors is often a reflection of financial security in a school, as school counselors are often the first to be let go in the case of budget cuts and financial shortfalls. As such, the services provided in schools are not universal and differ based on where a school is located and how much funding that school receives. Why should students who have the same amount of commitment to their education and future become a domino because of their school’s inability to secure enough financial support to ensure school counselors for all students? Increasing the number and quality of high school counselors in lower income high schools will ensure that all students, no matter their financial status, will receive identical emotional and academic care to students from economically stable communities.

The role of a guidance counselor was first introduced into the American school system following World War II. A commonly held belief by most people was that guidance counselors are only helpful to students who have emotional and mental issues. Teachers during the Industrial Revolution adopted dual roles — they were expected to assess the student’s skills and provide counseling services. As more “troubled students” were recognized, there was greater realization about the need for ‘counselor’ jobs to address failing students and help students gear for their roles in society.

During the Cold War Space Race in 1957, counselors were asked to steer intellectual students towards STEM programs. The school counseling “boom” waned during the 1970s and this was attributed to the confusing status of the role and also because counselors were unable to truly prove how their work helped students. However, over the years, the role of counselors has constantly evolved and moved from beyond providing guidance to being a key part of a school’s leadership and helping identify early signs of a students’ behavioral, personal, social and academic problems. Today, there is no denial of the importance of the role, though there is greater need to work on the gap between those who need school counselors and the ability of districts to address the need.

There are numerous factors that contribute to the choice of guidance counselors in a school district. These may include the age of students, education level of counselor, the salary offered, the location, type of school (public vs. private vs. charter), and school policies. For example, most counselors are required to have a bachelor’s degree, whereas some schools also require a master’s degree, and most require a license to practice. This allows for the possibility of large discrepancies in the quality of service. In some schools that struggle with finding even teachers, a guidance counselor can be seen as a luxury, as opposed to the necessity that it is. Students who attend low-income schools or private/charter schools with poor counseling services are less likely to receive adequate services. Ideally, all counselors would have a similar level of professionalism, but lower salaries can attract a lower quality of applicants for a position.

In an article on ‘Governing the states and localities’, Mattie Quinn describes a scenario where counselors in a West Phoenix school say that budget cuts have made them unable to respond to their students’ mental health needs. The solo full-time counselor for Pueblo del Sol Elementary School, Janie Manard, has to address the needs of about 1,100 children. The school is in a very low-income district with a sizable Hispanic population. The district is known for its domestic violence calls, absentee parents, and drug problems in many students’ homes. Manard says that these kids face traumatic issues but given her limited resources, handling the mental health needs of so many kids are out of her capabilities. The national average for guidance counselor to student ratio is 455 students to one, but Arizona public schools has one counselor to 905 students. “Many school counselors do their best, but no number of early mornings and office night shifts can fully make up for too little money and a lack of administrative support,” writes Alanna Fuschillo in Education Week.

The Truth is in the Science

Most students in high-income areas are fortunate enough to have parents who pay close attention to their children’s lives or are able to make available for them resources needed to cater to their needs. However, students in high poverty areas often depend on their school for that same attention. Though the most well-known aspect of a school counselors’ job is to help students select their classes and help them on their academic journey, they are also responsible for helping the students with social and emotional issues. Yet, according to Education Week, only one in five students who show symptoms of mental health issues receive help at school.

As Matthew Lynch highlights in his article, ‘Poverty and School Funding: Why Low Income Students Often Suffer’ in The Advocate, the disappearing middle class has increased the gap between the rich and poor to create a large economic trench. As the cost of living everywhere rises, the higher income districts take more from their residents, but quite the opposite occurs in low-income districts where residents are asked for less money. Property tax pays almost most of the public education in a town, so in a higher income town there would be more value to the school system.

Though, according to the American School Counselor Association, the requisite is to have one counselor to 455 students, numerous low-income towns are financially incapable of achieving this. I believe that just like the law ‘No Child Left Behind’ that put pressure on state governments to ensure that every child is able to get a school education, there should be a law in every state in the US that ensures that funding is available so that the mandatory ratio of school counselors to students is met. The federal and state governments must work together to ensure that children not only go to school but also ensure that they are able to thrive mentally and socially and get the help they need to become contributing citizens to society.

[Image Attribute: US Department of Education]
Disclaimer: The views and opinions expressed in this article are those of the author and/or student and do not necessarily reflect the official policy or position of United 4 Social Change Inc., its board members, or officers.
Tags:educationguidance counselorsschools 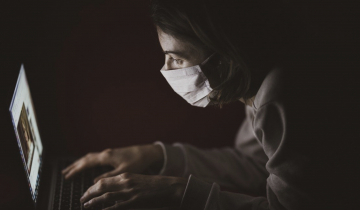