Despite the fact that Jeffrey Epstein, an American financier, is being prosecuted for child-sex trafficking in a high-profile case and the problem is being talked about in the media much more, the federal prosecution of child-sex traffickers has actually gone down 26.7% in the last year alone. The United States Department of Justice defines child-sex trafficking as the “recruitment, harboring, transportation, provision, obtaining, patronizing, or soliciting of a minor for the purpose of a commercial sex act.” Unfortunately, sex trafficking is not an uncommon issue and it has only become more common over time, especially in the United States. In the summer of 2018, Fox News reported that, “The United States is again ranked as one of the worst countries in the world for human trafficking.” Something has to be done. In order to prevent more cases like Jeffrey Epstein’s from occurring, both the U.S. government and the public need to reevaluate their assumptions about human trafficking, reexamine their priorities, and prosecute those involved in child-sex trafficking.

Child-sex trafficking isn’t always conducted in the places or by the people we associate it with. Elite members of society can be involved in it right under our noses. In Epstein’s case, many young girls claimed they were recruited by other girls or Epstein to give him “massages.” After they were coerced into performing sex, the girls said they were given a substantial amount of money and would be given more if they recruited other girls. Epstein’s case is extremely complicated as he was harming women for decades across multiple states.

There is a big difference between soliciting sex, which Epstein pleaded guilty to in 2007, and sex trafficking, even though both are illegal. On one hand, soliciting sex is obtaining sexual favors from prostitutes while sex trafficking is where individuals are forced or coerced into performing commercial sex. Sex trafficking doesn’t always include moving or holding the victims for sex. Anyone under the age of 18 is considered to be a victim of human trafficking, despite the use of force or coercion.

Why is the Prosecution Rate Dropping?

Many speculators think that the rate of prosecutions has dropped due to Trump’s administration and his focus on prosecuting illegal border crossings rather than crimes in the U.S. Shereen Charlick, a state judge, pointed out to the New York Times that material witnesses to human smuggling are being prosecuted at the border themselves instead of the smugglers. Human smuggling has been made a lower priority in comparison to illegal immigration. Another possible consequence of Trump’s priorities is that victims may not report human trafficking because they are afraid of immigration authorities. Many victims along the border don’t want to report these crimes for the fear of being harmed because they are not guaranteed protection by the U.S. government.

Obama vs. Trump Administrations on Prosecution

Under former President Obama, the amount of prosecutions for child-sex traffickers tripled during his time at the White House. However, after the first year that President Trump took office, the number of federal prosecutions has dropped each year. Now, only 39% of referrals for the prosecution of child-sex traffickers are accepted, compared to 49% under Obama. Neither of these numbers is a great amount! Even under Obama, less than half of the sex-traffickers reported (and the majority go unreported!) were prosecuted. It can’t be solely the person elected to office to blame for this decrease in prosecutions. It’s our culture and priorities.

What Can We Do To Help?

Child-sex trafficking is a problem that is only going to get worse with time and lack of focus. The more our country allows people to get away with these crimes, the more likely they are to occur. Our administration and we as the masses need to try to make progress rather than pointing fingers at others for the worsening issue. There are many ways for the public to help the problem of sex trafficking, including donating funds to Project Concern International (PCI) or Shared Hope International for human trafficking prevention, aiding victims, raising awareness, reporting any specific activity (especially in areas where the sex trafficking rate is high, like foster homes), and more. For police, the most impactful way to help lessen this crime is to be serious about it and investigate cases thoroughly when they are reported, no matter who the alleged trafficker is.

[Image Attribute: Patrick Standish]
Disclaimer: The views and opinions expressed in this article are those of the author and/or student and do not necessarily reflect the official policy or position of United 4 Social Change Inc., its board members, or officers.
Tags:adolescentsEpsteinsex trafficking 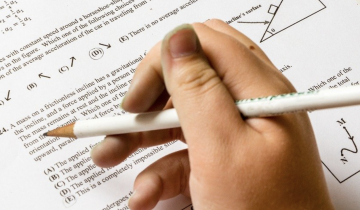