The recent law passed by Ohio Governor Mike DeWine, in which the legal age to buy tobacco products is raised from 18 to 21, will greatly contribute to the ongoing fight against smoking addictions.

The new Tobacco 21 law recently passed in Ohio will go into effect this October, making Ohio the 18th state in the United States to change its legal age to purchase tobacco products from 18 to 21. The law in which the legal age is raised was included in a new state budget bill that DeWine recently passed. With the signing of the bill, a statement has been made by the state of Ohio that both youth and adult smoking are an epidemic that must be fought against.

Damage of Using Tobacco Products at 18

95% of adults addicted to smoking began well before the age of 21, which sheds light on the vulnerability of teenagers and young adults who utilize tobacco products when it comes to developing some form of addiction. Giving 18, 19, and 20 year olds unlimited access to tobacco and smoking products essentially sends the message that smoking is okay, and can and should be done at a young age. By increasing the minimum legal purchasing age, a significant amount of adulthood addictions will be nipped in the bud, as people at the “prime age” to develop an addiction will no longer have direct access to these resources.

Why the Three Year Difference Matters

With tobacco use being the leading cause of preventable death each year, it is dire that we take every measure possible to make a difference. Arguably, one of the most effective changes that can be made is raising the legal purchasing age to 21. Tobacco companies have always targeted young adults between 18 and 21 as key buyers. By eliminating these companies’ ability to sell to their “target group” and raising the legal age by 3 years, we’re downsizing the number of people who normally would have been enticed to smoking. Additionally, the mental difference between an 18 and a 21 year old is extreme. Scientists believe that the brain continues to develop into the mid and late twenties, suggesting that a 21 year old may be able to make a more educated decision when it comes to purchasing tobacco products than an 18 year old.

The Future and Making a Change

The Tobacco 21 law in Ohio will go into effect this October, cracking down on companies and retailers that have been selling to young adults for an eternity. Not only is this change being seen at a state level, but it is also occurring at a federal level as well. According to Altria Client Services who commissioned public research back in December, almost three-quarters of voters support the three year increase to the minimum age for purchasing tobacco products. A significant majority of each political party supports Tobacco 21, signifying that this movement is strong and well supported. In addition to these huge strides being made against America’s smoking epidemic, you can also make a change. Truth Initiative advocates for a future generation in which smoking does not exist. By enlisting in their movement, you can directly change the future.

[Image Attribute: Julie]
Disclaimer: The views and opinions expressed in this article are those of the author and/or student and do not necessarily reflect the official policy or position of United 4 Social Change Inc., its board members, or officers.
Tags:healthsmokingtobacco 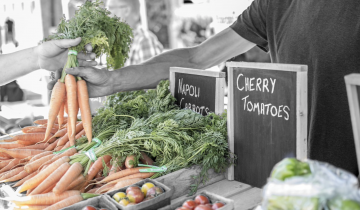