Oil pollution is on the rise in our modern-day world, and it has been getting more attention since tens of thousands of liters of oil were spilled into the ocean by different countries, mostly because of man-made accidents involving the machinery used to drill oil underground. Although these oil spills may seem like mere accidents that can be fixed, the consequences of contaminating the ocean could be dangerous. The leaked oil harms marine animals, contaminates the pristine waters that people drink, and also ruins beach habitats.

What Happens In An Oil Spill?

Oil drilling is the process of bringing petroleum oil and other hydrocarbons to the Earth’s surface, the machinery (rigs, tankers, pipelines, etc.) mostly drilling oil from the ocean. But, the oil rig workers can make mistakes, natural disasters can damage the machinery, or cruel industries can illegally discharge oil into the ocean, which will lead to an unchangeable outcome. When the oil spills into the ocean, it harms different parts of the environment and cannot be undone. The oil will form a slick layer that needs a very long time to be cleaned because it can cover thousands of square miles if a large amount of it is gushed out into the ocean. Afterward, so many marine habitats’ lives will be taken because of significant damage caused to our environment.

A major oil spill in the ocean can affect many different species of marine life. For example, seabirds will be the most impacted by the oil spill because they’re killed in larger numbers than any other marine animal. The seabirds’ vulnerability is due to their feathers, which are waterproof and regulate the temperature of their skin. If the oil has direct contact with the seabirds, it only takes one smudge to result in catastrophe. The feathers will separate, causing exposure of their sensitive skins to extreme temperatures. It affects the bird’s flight path, and will also result in hypothermia. Then the birds will try to scrape off the oil by ingesting them, which causes internal organ damage, eventually killing them.

There’s another example regarding sea otters, an endangered species. They have the same problem as the seabirds, needing to be clean at all times. But since they live around the waters too, they could also have direct contact with the oil by ingesting, inhaling, or absorbing it. Then their bodies will get contaminated by the toxic materials in the crude oil. The otters will experience hypothermia and eventually die, suffering the same fate as the seabirds. Thus, these examples show how oil spills have fatal consequences for marine life on the planet.

The water will be contaminated from the oil spills, making it no longer safe for consumption. Then the polluted water can eventually harm us, humans, because we may unknowingly drink it. We should be aware of how oil can affect water quality since the water supply will be also be affected. Water contamination is destructive; it will cause havoc in our body systems. There’s a case in which oil-industry pollutants flowed into the water supply in California. It caused panic in the neighborhoods because they detected heavy chemicals in the water supply, including arsenic which is dangerous to humans. Oil waste fluids are cancer-causing substances and will make drinking water toxic, causing humans to suffer because we can’t survive without water. Thus, oil spills contribute to a lot of water contamination, which can lead to a dangerous and unchangeable outcome.

There’s another place that will be affected by oil spills- Beaches. Many organisms, including hermit crabs, sea snails, turtles live there as their shelter. When these organisms think that they’re safe because it’s a sanitary accommodation, wind currents can push the water and the crude oil towards shores. Eventually, the contaminated minerals will splash onto the beaches, affecting the organisms that live there. If the oiled sediments are left undisturbed, the oil globs will coat the sand, mud, and plants in thick layers. Then, the whole beach will be affected by blackened sand. Sometimes these oil remnants can last for a very long time, although they will gradually erode away because of the sunlight, wind currents, and waves. However, this reaction will take years, a very long time indeed for the beach to go back to normal. Thus, oil spills consequently impact organisms living on the shores and the beach itself too.

How Should We Fix This?

Clean and safe drinking water should be a human right. The way to fix this is to identify the causes of oil spills into the ocean, one of which is the malfunction of machinery that drills oil. First, the oil industry should have better safety measures before starting the oil drilling. For example, the machinery should be checked that it’s functioning correctly before operating; this will prevent oil spills more efficiently. Second, human error is also a problem that can be avoided. Better employee training programs should be required to limit preventable mistakes and also give protection from injury during work. Third, the laws that relate to illegal oil discharge should be enforced more strictly. The government should give heavier penalties to companies that violated the law. For example, the Clean Water Act should be put into consideration and the clean drinking water should be protected by clean wells, so there will be no oil substances flowing into it. Finally, oil in the ocean should be cleaned immediately. The cleaning procedure of the mess can be done quicker; there should be better techniques to clean polluted water more completely and efficiently. These methods can make the ocean a cleaner place.

[Image Attribute: Coast Guard News]
Disclaimer: The views and opinions expressed in this article are those of the author and/or student and do not necessarily reflect the official policy or position of United 4 Social Change Inc., its board members, or officers.
Tags:environmentocean pollutionoil

Instagram Executes a "No Likes" Test in Seven Countries 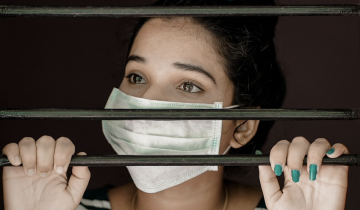