This is week 2 of the series From Worm to Wallet: the Journey of the Mysterious Silk Road! Last week’s segment was on the assembly of products in China, and this week’s piece is on the routes the goods took to get to their destinations.

Ladies and gentlemen of London, you sit in your houses, sipping from fine porcelain, and draping yourselves in the finest silk gowns and jackets. But have you ever considered how that jacket got to where you are?

The silk road was a long and glorious trade route, one that stretched nearly 7,000 miles, winding through all kinds of terrain, and all forms of laws and customs (Global Security). This road was first conceived by the Han Dynasty of China in 130 BC (Ancient History Encyclopedia). It was originally intended to link all of the major religions and cultures in East Asia through commerce, which it accomplished, but it then continued to expand outwards.

Though many people, us included, call it the silk road, calling it the “silk routes” would probably be more accurate. For one, it isn’t a singular road: there are dozens of varying paths, all for different goods being traded by differing countries. Secondly, not all of the routes are roads: many of the paths taken involve extensive time in boats at least once in their journey. However, for the sake of brevity, we shall continue to refer to these trading routes as the silk road.

Of course, it’s not only silk that was sold through these routes; China would export luxury goods such as tea, salt, sugar, porcelain, and even spices! In turn, they would buy cotton, ivory, wool, gold, and silver from other countries and bring them back (Ducksters). The reason these trade routes were being used for such high-quality goods was that, because they were so expensive, they only needed to be transported in small quantities. The journey along the silk road was long and arduous, so the merchants couldn’t afford to carry huge amounts of supplies with them.

Naturally, when crossing desert terrain, the merchants couldn’t just use horses and wagons, could they? A horse’s hooves sink in the sand, and wagon wheels are destroyed by the uneven, shifting terrain soon enough. So came the iconic animal of desert caravans: the camel! Camels can store large supplies of water in their bodies, have hooves perfectly designed to spread their weight across the sand, and can detect sources of water from up to 50 miles away (The Guardian). Plus, when they lie down, their warm coat and large body can make for a good shelter from the desert winds overnight.

In addition to traveling across deserts, traders and merchants had to sail across oceans. This wasn’t just a minor part of their journey; in fact, the routes of the silk road covered a huge number of bodies of water, including the South China Sea, the Strait of Malacca, the Indian Ocean, the Gulf of Bengal, the Arabian Sea, the Persian Gulf, and the Red Sea. The network also extended eastward to the East China Sea and the Yellow Sea to connect China with the Korean Peninsula and the Japanese archipelago. These maritime routes also overlapped with the historic Southeast Asian maritime trade, Spice trade, Indian Ocean trade and, after the 8th century—the Arabian naval trade network (Maritime Silk Road). As you can see, the maritime segment of the silk road was not only a simple step in the journey, but a key trading route that was built on extensive history and would leave many other trading routes in its footsteps.

With so much traffic treading on its cobbles, there was bound to be more than just material goods that spread. Dozens of major religions and cultures flowed along these routes, taking their customs, culture, and inventions with them all around the known world. Just a few everyday objects that you owe China thanks for inventing: gunpowder, the magnetic compass, a printing press with movable type, and, obviously, silk (Global Security.org)!

This concludes our segment for this week. Get next Monday’s issue of the Evening Standard for the segment on the assembly and packaging process here in London!

This OpEd (written by Curriculum Development Intern, Reed Turner-Murray) was written as a running weekly educational piece in an everyday newspaper in London, late 1800s. The Silk Road is no more, but many still own wares that were shipped through it.

[Image Attribute: 林 耀民]
Disclaimer: The views and opinions expressed in this article are those of the author and/or student and do not necessarily reflect the official policy or position of United 4 Social Change Inc., its board members, or officers.
Tags:AsiaSilk Roadtrade

Unjust Force: How the Selma-To-Montgomery March Evoke Painful Memories of the Boston Massacre 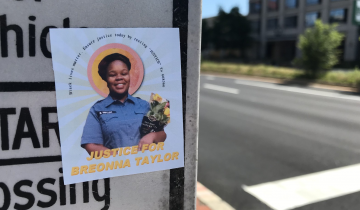