Leaving children in hot cars has been a concerning issue in the US because the children are dying from heatstroke, an unchangeable nightmare for their parents. There are many factors as to why this tragedy keeps happening, for example, the hot temperatures, the greenhouse effect, etc. The major one is, of course, parents’ inattentive behavior towards their children.

Why Do Hot Cars Kill Children?

Extremely hot temperatures are lethal to children in many ways. First, kids’ bodies are not made for heat since their temperatures rise 3-5 times faster than adults, so they will be more sensitive to it. A kid trapped in a hot car can easily have a heatstroke because they can’t cool themselves down. 104 degrees Fahrenheit is a dangerous temperature for children and it only takes minutes for the car’s interior to reach up to this level. Eventually, the heat will harm them. Secondly, even if they know that they’re in danger of getting overheated, they can’t save themselves because the windows and doors were locked shut. This case is especially true for younger kids. All they can manage is crying and sweating, adding to the fact that they’re strapped in their child seating, which will trap them with no breathing room at all. The interior has no open spaces so they will suffocate and then more health damages will come, including heart abnormalities and dehydration. It affects their organs which increases their risks of death. Thus, kids have a high chance of dying in a hot car because of how their bodies are made up, including their vital body systems.

The Science Behind It: Greenhouse Effect

The greenhouse effect is the reason why children are dying in a hot car. The heat of the sunlight (aka infrared radiation) and all the other visible light can pass through the car windows and will be absorbed by the interior of the car. Since the infrared radiation has been trapped inside the car, it can be reradiated but it cannot be released back to the atmosphere. The inside of a car can be increased by 20 degrees Fahrenheit in just 10 minutes. Finally, it can reach up to a max of 120 degrees Fahrenheit in an hour. The children’s bodies will be in danger within minutes- their bodies will be harmed almost immediately. Thus, the greenhouse effect of car interiors can result in deadly effects on children.

This Problem Is Consistent

This tragedy happens every year with an average of 38 children dying annually due to hot cars. These vehicular heatstrokes usually happen in states that have the most parched climate, for example, California, Arizona, and Florida. They all at least have over 30 children that suffered vehicular heatstroke in recent years. There are reasons why these deaths continue to happen so consistently. For instance, kids may accidentally trap themselves into a vehicle by gaining access without anybody’s notice (they found the car keys and went in, etc.), or it could be because of the naturally high temperature and dry climate in the US. Even when the kids are left in a hot car with the air conditioning on, the climate and temperature can still cause them harm or death. And finally, parents are being inattentive to their children, which is the major reason why these tragedies happen. Thus, the intense heat in the US and the carelessness from parents are causing these misfortunes to happen so often.

Parents Are The Main Reason

Parents’ careless behavior of leaving their children behind is the biggest reason why these fatalities happen. Even if they’re generally loving to their children, sometimes they can’t pay full attention to them. They can leave them in the vehicle for hours without knowing. Their inattentive behavior is because of a condition called forgotten baby syndrome. The parents drive to and fro, between home and work, without their children every weekday. Then, this weekly task eventually becomes a routine. Sometimes they have to break the routine and drive their kids to places (e.g. the daycare center), but their mental state will go back to its normal convention. Then parents will continue their usual schedule without noticing that their child was still in the car, which eventually leads to children being left in the car for hours. This tragedy can also happen because of their parents being stressed or too focused on getting work done, causing them to forget about their children. It can also happen just because they have anxiety or sleep deprivation from parenting. To sum up, these causes can lead to irreversible fatalities. Thus, heavily stressed parents are the main reason why children die in hot cars.

Solutions To Stop These Tragedies

Hot car deaths are preventable, so there are solutions being taken into consideration on how to prevent children from being left in cars. Some car companies are adding safety features to their vehicles to remind drivers to look at their surroundings, giving alerts to the driver by sounding a beep or a honking noise. Other new inventions include rear-seat safety sensors. If it notices a child left unattended, the sensor can forward a signal to 911 operators. For example, Nissan created monitors for the rear seats so every time when the parent finishes driving, there will be a warning light to remind the parents to check rear seats. These technologies are not only lifesaving, but they also made a big contribution to the technology industry. Thus, advanced technologies are applicable to saving innocent children’s lives and also sending alerts for parents to keep their children safe.

This OpEd was written by U4SC Student Intern, Aaron.

[Image Attribute: Anna Pruzhevskaya]
Disclaimer: The views and opinions expressed in this article are those of the author and/or student and do not necessarily reflect the official policy or position of United 4 Social Change Inc., its board members, or officers.
Tags:heatstrokenegligent parentstechnological solutions

It's Time For The Next Generations to Get Involved 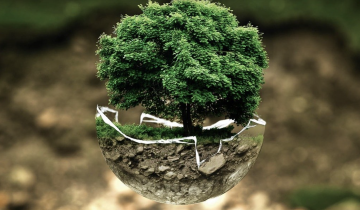