Obesity In The States

Obesity is a growing problem in the United States. 35 percent of Americans are classified as obese, which means having a BMI (Body Mass Index) of 30 or more. Because of this staggering statistic, obesity has been declared a chronic disease or national epidemic by several associations such as the American Medical Association and the Centers for Disease Control and Prevention.

Several states in the US already have an obesity rate of 35 percent according to trends from 2016. These states are mostly in the South, and they are Mississippi, Alabama, West Virginia, and Louisiana. This trend of obesity may be attributed to the type of food that is consumed in those parts of the US, as southern cuisine consists of a lot of fats and fried foods. In fact, a big cause of obesity is not only bad eating habits but also inactivity and social and economic issues.

Seeing that obesity is the cause of 18 percent of the deaths among Americans ages 40-85, it is no surprise that it is considered a chronic disease. These high death rates are mostly caused by the fact that people who are obese have a higher risk for other medical conditions such as type 2 diabetes, high blood pressure, and cardiovascular disease. So being obese isn’t necessarily the cause of death, but the diseases you can get from being obese, are. With obesity steadily growing in America, steps must be taken in order for future generations to live healthier lives.

A person who is obese harbors excessive amounts of body fat. This fat doesn’t just pop out of nowhere. Instead, there are many factors that contribute to becoming obese. One of them is being an inactive person. Having a sedentary lifestyle can be caused by medical issues or just a very inactive job like working in the office. If you are taking in more calories than you are burning then, combined with unhealthy eating habits, it’s easy for your body to gain weight. Unfortunately, a lot of Americans’ diets include high-calorie fast food and sugary beverages. This type of eating is causing millions to become obese in the US.

Adults aren’t the only ones affected. Kids are at high risk for obesity too, especially if their parents are obese. This high-risk factor occurs because family members tend to have similar eating and activity habits. That’s why it’s important for parents and guardians to be role models for their children when it comes to diet and exercise. This way, kids can follow in the right footsteps and stay at a healthy weight.

Lastly, obesity can derive from social and economic issues. For example, people may not have safe places to exercise in their neighborhood. When it comes to eating, some people may not know how to cook in a healthy way, or they don’t have the money to afford healthier options. Maybe if healthy foods were cheaper and more readily available, fewer people would be obese.

Obesity does not discriminate and it can happen to anyone. However, certain demographics are more heavily affected than others. Blacks and Hispanics are more likely to be obese with 20.8 percent and 17.9 percent being classified in Obese Class 1 respectively. The reasoning behind this statistic can be very controversial. People speculate that it is because these racial groups tend to have lower incomes. As a result, they cannot afford healthy food and instead turn to fast food. A CDC report showed that African Americans consumed up to 33 percent more fast food than Caucasians, which further proves the point. This report ties into the fact that poor people are more likely to be obese rather than the rich.

Luckily, obesity is reversible but it may not be easy. That’s why it’s better to prevent the problem before it happens. To prevent obesity in adolescents, start with encouraging physical activity and healthy eating habits. If the parents are good role models, the kids will follow along. It’s also important to have hearty and fresh food available so that kids will reach for healthier options rather than high-sugar, high-calorie beverages, and foods.

To prevent obesity in adults, it’s paramount to be eating the right amount of vegetables and fruits. Avoid highly processed foods like white bread, and opt for whole grain or whole wheat bread. Maintain this diet while weighing yourself regularly so that you can adjust your regimen accordingly. It’s always a great idea to journal the food you eat so you can really see how many calories you eat in a day. We get it—you’re busy. But try to make time for even 15 minutes of heart-pumping exercise a day. Ideally, 30 minutes to an hour would be best.

Obesity can be helped. If you know someone who is overweight or obese, let them know what they can do to stay healthy. Americans shouldn’t have to suffer any longer. Helping people now will block any chance of obesity for future generations, and they can have a better quality of life.

This OpEd was written by U4SC Student Intern, Ashlyn.

[Image Attribute: moonjazz]
Disclaimer: The views and opinions expressed in this article are those of the author and/or student and do not necessarily reflect the official policy or position of United 4 Social Change Inc., its board members, or officers.
Tags:healthy eatingobesity

Environmental Issues Exist, But Our President Does Not Care 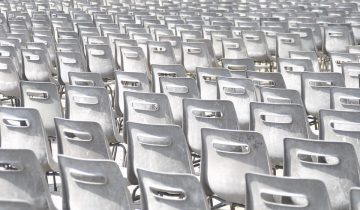