Johnson & Johnson is a big-time American pharmaceutical icon that was founded in 1886. The American corporation was well-known for its toddler products such as the “No More Tears” shampoo that was introduced in 1953 and could be found in almost every American household. Johnson & Johnson commenced as a single-family company with only one building and fourteen employees to a multinational corporation with a 130,000 plus workforce and offices in sixty countries. According to Forbes, it is ranked #37 in the list of the world’s 2,000 largest companies with a $366.2 billion market cap. However, behind Johnson & Johnson’s success was its continuous lawsuits on the safety of its products. Recently, Johnson & Johnson was ordered to pay $572 million in compensatory damages because of its involvement in the outbreak of opioid addiction in Oklahoma. Citizens are dying in Oklahoma due to addiction and overdose of opioid products. To make the situation worse, Johnson & Johnson helped spread this epidemic by lying about the risks of opioids. The company claims that the benefit of its opioid product outweighs the risk of addiction. As a result, with dishonest advertising and mass production of opioid medication, more and more people are suffering from opioid addiction. Because of all the mess the unethical company has created, Johnson & Johnson deserves to pay this amount as it harmed many of its consumers.

From War Medication To Addictive Painkiller

The first opioid medication, morphine, was created in 1803 as an efficient painkiller. From the American Civil War to World War II, opioid medication such as morphine was commonly used on the battlefield to treat soldiers with minor or severe pain. In the modern-day, opioid medication could be prescribed to patients suffering from surgery or injury-related pain, but through strict regulation because of its negative side effects. According to cdc.gov (Center for Disease Control and Prevention), opioids are strongly addictive as “one out of every four patients receiving long-term opioid therapy in a primary care setting struggles with opioid addiction”. The results of opioid addiction are devastating, as opioid addiction is often fatal and 11.5 million Americans were reported of abusing prescribed opioids in 2016. Sadly, through the help of a money-hungry company such as Johnson & Johnson, opioids were easier to get into people’s hands, as the company illegally advertised its opioid medications and mass-produced them.

No Remorse In Hurting Its Customers

Notwithstanding its success as a company, Johnson & Johnson was notorious for its recurring lawsuits on the safety of its product over the years. In 2017, a California woman named Eva Echeverria was diagnosed with ovarian cancer from the use of Johnson & Johnson’s baby powder product. According to consumersafety.org, the company was fined $417 million, as the jury found that the company acted irresponsibly by not labeling the cancer-causing effect of its talcum powder products. Surprisingly, there were many lawsuits before Eva Echeverria’s lawsuit, as other women have suffered the same problem. Instead of putting a label and warning consumers about the risks of its product, the company chose profits over the safety of its consumers. In 2019, the company repeats its reckless action as it partly caused an opioid outbreak in Oklahoma by deceiving its consumers on the risks of its opioid products.

It is overwhelming to think of the number of American people that suffered from opioid addiction. At the same time, it is infuriating to see a company like Johnson & Johnson destroy American lives for more money. As a result of the Oklahoma Opioid case, Johnson & Johnson was fined $572 million for the damage it has caused to the American people. According to statistics from Yahoo Finance, over six thousand of Oklahoma’s residences have died of opioid overdoses since 2000 and thousands more have died from opioid addiction. What is more aggravating is that Johnson & Johnson played a key role in the opioid epidemic of Oklahoma by “intentionally [downplaying] the dangers and [overselling] the benefits of opioids”. By misinforming and falsifying the safety of its products, Johnson & Johnson was able to thrive off of its opioid products. The company cared more about generating more revenue than protecting the safety of its consumers as a pharmaceutical company.

Currently, government agencies are tracking down the companies involved in the Oklahoma opioid epidemic. According to addictions.com, here is the list of companies that are involved in the epidemic: Purdue Pharma, Abbott Labs, Johnson & Johnson, Pfizer, Novartis Covidien, Watson Pharmaceuticals and Endo Pharmaceuticals. The best way to stop this epidemic is to educate people on the insidious side effects of opioid medication. Once people understand how dangerous the prescribed medication is, it would be harder for unethical and greedy corporates to trick them into buying opioids.

[Image Attribute: Ajay Suresh]
Disclaimer: The views and opinions expressed in this article are those of the author and/or student and do not necessarily reflect the official policy or position of United 4 Social Change Inc., its board members, or officers.
Tags:Johnson and Johnsonopioid crisispublic health 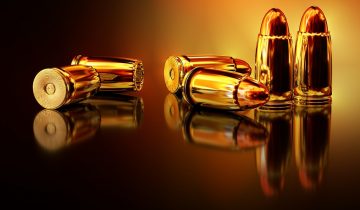